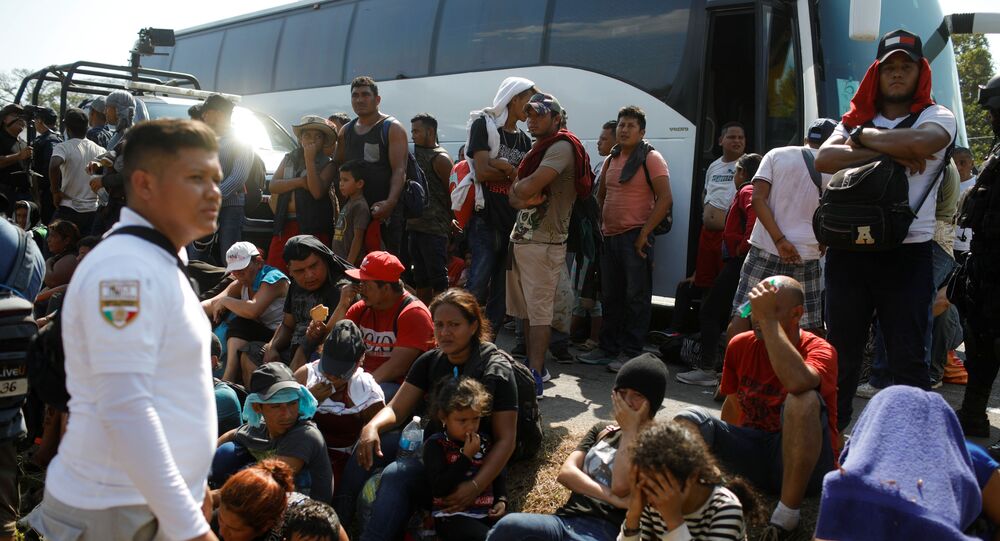 WASHINGTON (Sputnik) - The Court said the Trump administration's policies were inconsistent with US and international laws and temporarily blocked the MPP and a presidential proclamation that disqualified certain migrants' eligibility for asylum.

"The panel affirmed the district court's grant of a temporary restraining order and a subsequent grant of a preliminary injunction enjoining enforcement of a rule and presidential proclamation that, together, strip asylum eligibility from every migrant who crosses into the United States along the southern border of Mexico between designated ports of entry", the court wrote in its opinion.

The US Court of Appeals for the Ninth Circuit previously granted a temporary halt to the MPP in April, but allowed the policy to resume in May while the Trump administration appealed the injunction.

About 56,000 asylum-seekers along the US southern border have been subjected to the Trump administration's MPP policy with very few migrants granted asylum.