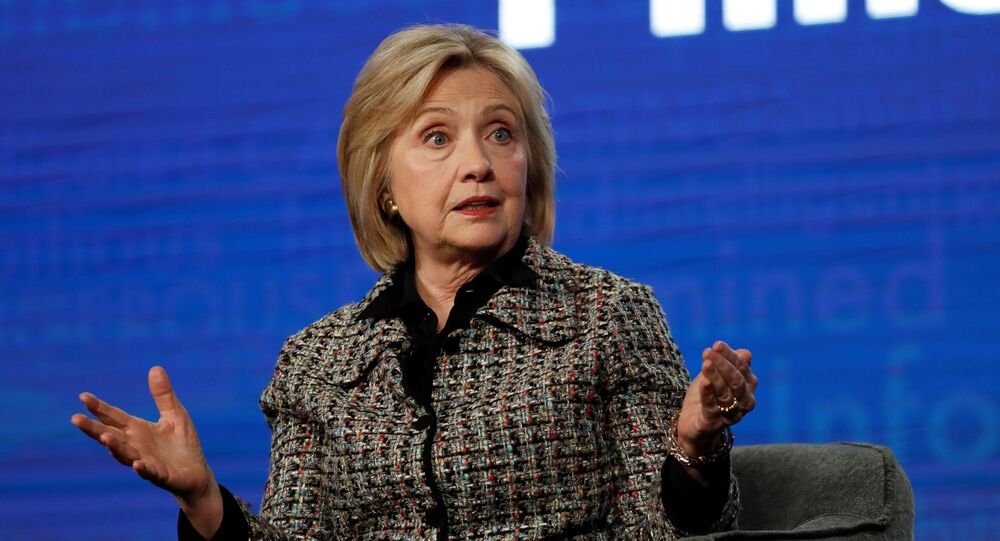 Per cited FEC records, the former Secretary of State enjoyed five-digit donations from the convicted Miramax founder - one of the heftiest among all Democrats.

According to Fox Business, Federal Election Commission (FEC) records indicate that Clinton and her affiliated groups, like “Friends of Hillary”, received $54,990.45 from Weinstein from 1999 to 2016, including both her Senate and presidential bids, while Barack Obama was given more than $72,000 between 2011 and 2012.

“He contributed to every Democrat’s campaign", Clinton explained, as cited by the edition, while at the Berlin International Film Festival screening of her new documentary “Hillary".

Incidentally, the cited FEC files show Gore does not appear to have received any donations besides sums granted to the Bill Clinton-Gore primary committee.

Clinton went on to say she “doesn’t know whether that [the fact that Weinstein injected money into politics] should chill anyone else from contributing to political campaigns", “but it certainly should end the kind of behaviour that he was just convicted for", the former Secretary of State noted a day after the former high-powered film producer was convicted of rape and criminal sexual acts.

The New York Post reported the Democratic National Committee received $305,149 from Weinstein in 1994. In total, the disgraced movie producer reportedly injected over $2.3 million to Democratic beneficiaries.

As soon as sexual assault allegations targeting Weinstein emerged in 2017, Democrats vowed to return the contributions to women’s charities. Sen. Kirsten Gillibrand, for instance, said at the time she was giving the $11,500 she accepted from Weinstein to RAINN, America's largest anti-sexual-violence NGO. Richard Blumenthal of Connecticut and Patrick Leahy of Vermont likewise repaid the hefty sums to women’s charities, their spokespeople said.

Clinton, for her part, told CNN in 2017 that it wasn’t possible to repay all of the money Weinstein had donated but would instead contribute $13,000 to a woman’s organisation.

The disgraced Hollywood mogul, who is known to have also thrown his support behind ex-New York Mayor Mike Bloomberg, was convicted on rape charges Monday.

He was hospitalised later that day, after complaining of health issues, including chest pains, Variety reported.

According to Reuters, once “he no longer needs to be in a hospital", he’ll be transferred to Rikers Island, known to be one of the nation’s most notorious correction centres.