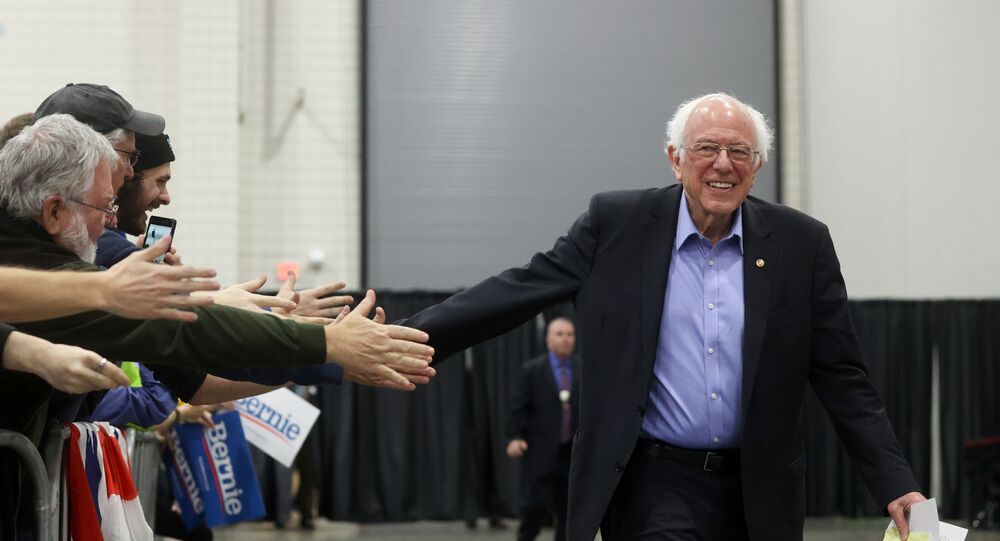 The move comes as the Vermont Senator is preparing for a critical primary in South Carolina on Saturday before next week’s Super Tuesday to fight for the Democratic Party nomination in the 2020 presidential election in the US.

Democratic megadonor Bernard Schwartz has urged House Speaker Nancy Pelosi and Senate Minority Leader Chuck Schumer to back a candidate, so voters will follow their choice, in an attempt to block Senator Bernie Sanders from winning the party’s nomination to run against US President Donald Trump in the 2020 presidential election.

“We should know who is the best person to beat Donald Trump, and with all due respect, Bernie Sanders cannot beat Trump", Schwartz said, as cited by CNBC.

Schwartz said he has talked to Pelosi and Schumer in recent days and is expecting to hear from them before Super Tuesday which is only one week away. He insisted that party leaders have to make a pick to stop the surge of Sanders, the frontrunner in the Democratic race.

“They have good political reasons not to endorse until the primary is over, but I think we are losing too much if we give up on this position", the CEO of BLS Investments reportedly added.

The businessman said he thinks the two best options to beat Trump are either former Vice President Joe Biden or former New York Mayor Mike Bloomberg, though he did not suggest a particular candidate to the Democratic leaders. According to CNBC, the key Democratic financier is currently backing Biden’s campaign for president.

Neither Pelosi's nor Schumer's offices responded to a request for comment by CNBC.

Senator Sanders is currently surging as the top presidential hopeful in the Democratic race. Sanders achieved a decisive victory in Saturday’s Democratic caucuses in Nevada and the primary in New Hampshire earlier this month.