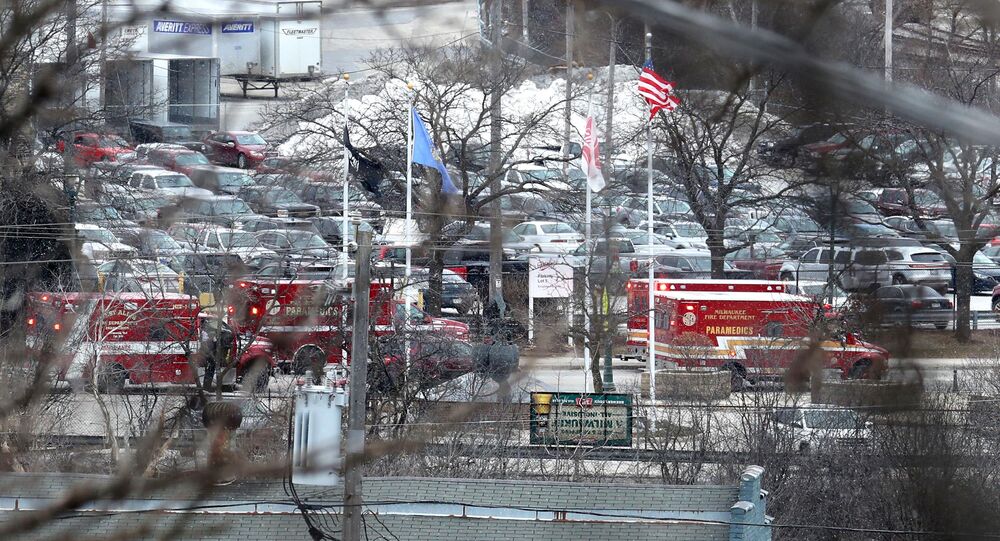 Several media sources say there are seven people dead, including the shooter, at a large corporate brewery in Wisconsin. Earlier, the building had been placed on lockdown and employees had been requested to hide inside.

At least seven people, including the gunman, were killed in a shooting spree at the Molson Coors Brewing facility in Milwuakee, Wisconsin, the Milwaukee Journal Sentinel reported, citing multiple sources.

The gun massacre occurred in the area of the 4000 block of West State Street, near North 35th Street and West Highland Boulevard. The Molson Coors brewery is a large set of corporate offices and brewing facilities, with over 600 employees.

According to early reports, the shooter is a former employee at the Molson Coors campus who had been fired earlier in the day.

Video claiming to have been taken at the scene emerged on social media. A large police contingent has blanketed the area, although the 'active shooter' status has been downgraded, according to reports.