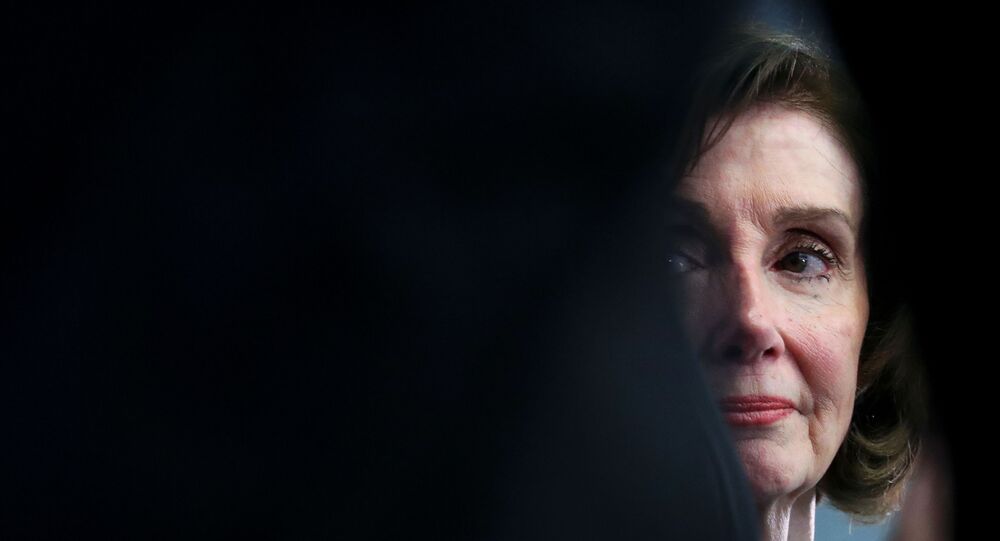 Following Bernie Sanders’ confident lead in the last three Democratic primaries, several reports have emerged suggesting that some Democratic Party members were not so happy about the senator possibly securing the presidential nomination.

Nancy Pelosi, the speaker of the House of Representatives, seemed to be comfortable with Bernie Sanders emerging as the Democratic presidential nominee, the Hill reported.

When asked about whether she would be okay with the Vermont senator’s presidential nomination, Pelosi, who was just leaving a private meeting in the House building, succinctly said “yes”.

This laconic answer followed her previous comments last week when the House speaker reportedly argued that the Democratic party was “calm” about Sanders’ rising popularity following reports that many were scared about this non-Democratic-establishment contender grabbing the party’s nomination.

On the other hand, Pelosi had previously openly opposed many of Bernie Sanders’ ambitious plans, including his pledge to create a single-payer universal health care system.

Sanders, who is a devoted socialist, has not been at ease with the Democrats following his 2016 primaries defeat by Hillary Clinton. He has also recently infuriated some liberals after suggesting that it was “unfair” to say that not everything was “bad” under the rule of Cuban leader Fidel Castro, despite the “authoritarian nature” of his leadership.

However, on Tuesday, Democratic Senate Minority Leader Charles Schumer also said that he would be comfortable with Sanders as the Democratic nominee, despite his pro-Castro comments.

© REUTERS / MIKE SEGAR
Bernie 2.0: All The Changes to Sanders’ Democratic Nomination Bid…Or Lack Thereof?
“Look, the bottom line is very simple”, Schumer said as quoted by the Hill. “We have a lot of strong nominees. ... I'm not supporting one over the other, but I think every one of them will beat President Trump”.

Bernie Sanders has emerged as the winner of the recent Democratic primaries in Iowa, New Hampshire and Nevada. He is also believed to be leading Democratic polls ahead of the South Carolina and Super Tuesday primaries that will be held on 29 February and 3 March respectively.