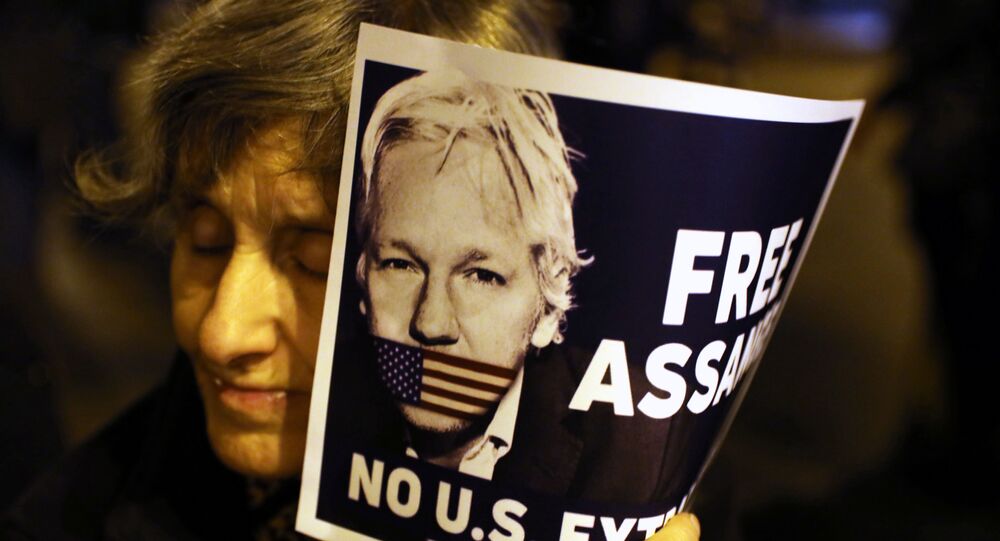 The allegation was made on the second day of WikiLeaks founder Julian Assange’s extradition hearing at Woolwich Crown Court in London. Assange is fighting against being forcibly sent to the United States to stand trial over the 2010 leak of classified materials relating to US military operations in Afghanistan and Iraq.

The defence team for the imprisoned founder of WikiLeaks, Julian Assange, said in Tuesday’s extradition hearing in London that their client tried to contact the White House to warn them that unredacted documents were about to go online, according to BBC.

Assange’s lawyers rejected claims by prosecutors that the 48-year-old “knowingly” put hundreds of sources around the globe at risk of “torture and death” by the publication of classified materials containing names or other identifying details.

Attorneys argued in court that Assange phoned the White House and asked to speak with then-US Secretary of State Hillary Clinton over "a matter of urgency" due to fears that information would be uploaded by third parties who gained access to the leaked documents.

Mark Summers QC, a member of Assange’s defence team, said that the Australian national warned: “I don't understand why you're not seeing the urgency of this. Unless we do something, then people's lives are put at risk”.

The team argued that the extradition request “boldly and brazenly” misrepresents the facts.

Defence claims that Assange began redacting 250,000 leaked documents in December 2011, with the assistance of media partners around the world, along with the US government, according to the BBC. The attorneys put the blame on The Guardian newspaper, which published a book in 2011 that contained a password to the leaked documents.

“That process involved the US government and state department feeding suggested redactions to the media. Knowing the US government was involved in the redaction process, can it be in any way said the request represents a fair or accurate representation of what occurred?,” Summers said, cited by Sky News.

“[Assange] didn't have to publish the unredacted cables,” said James Lewis QC, a representative of the US government. “He decided to do so on a widely followed and easily searchable website, knowing that it was dangerous to do so”.

Australian national Assange is sought by the US for extradition to face charges of espionage, following the leak of classified materials relating to US military operations in Afghanistan and Iraq in 2010.

If brought to and convicted in the United States, Assange could face a prison term of up to 170 years. The ongoing initial court hearing in London will likely continue for the rest of this week, with a second hearing set for May.