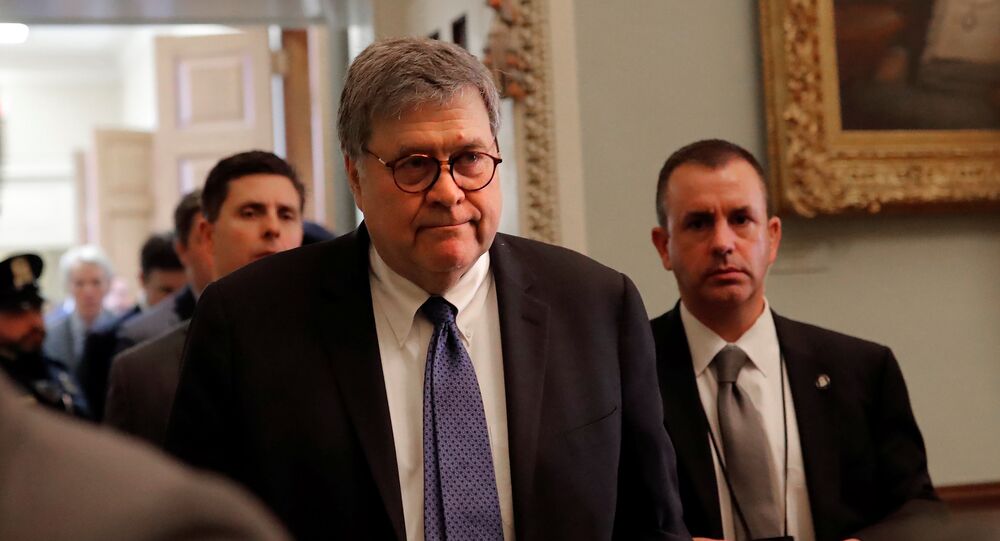 Late American financier and convicted sex offender Jeffrey Epstein was found dead in his jail cell at the Metropolitan Correctional Center in New York in August 2019. He was said to have committed suicide, although the circumstances of his death are murky and several theories have emerged to suggest that the 66-year-old was murdered.

US Attorney General William Barr on Tuesday named a new Federal Bureau of Prisons chief as part of a bureau reorganization plan months after the death of convicted paedophile Jeffrey Epstein in his jail cell in a New York prison last summer.

Barr picked Michael Carvajal to replace current bureau director Kathy Hawk Sawyer, who had fulfilled the role of acting chief of the bureau following the removal of the previous acting director in the wake of the Epstein incident, according to the US Justice Department.

“Today, I am appointing Michael Carvajal Director of the Bureau of Prisons. Michael’s nearly 30 years of experience with the Bureau will serve him exceptionally well as he takes on these new responsibilities, and I am confident he will do an outstanding job as director,” Barr said in a statement.

Barr noted that Hawk Sawyer assisted in choosing the “highly qualified individual” to serve as permanent director of the bureau. He also said that she would stay on as a senior advisor to the new director.

Carvajal has been employed by the Federal Bureau of Prisons since 1992, and was most recently an assistant director for correctional programs at the department. He is responsible of the bureau’s intelligence efforts, the Witness Security and Victim-Witness Programs and inmate transportation, along with other duties.

Epstein’s death put the Federal Bureau of Prisons in the spotlight last year, prompting the attorney general to remove the bureau's director and ask Hawk Sawyer to step in as acting chief.

Epstein was found dead in his jail at Metropolitan Correctional Center in Lower Manhattan, New York, in August. He was said to have committed suicide. Three federal investigations have since been kicked off to probe all the circumstances of his death.

The two prison guards responsible for checking on Epstein on the night of his death have been acquitted of charges of lying on prison records that they checked on him as required.