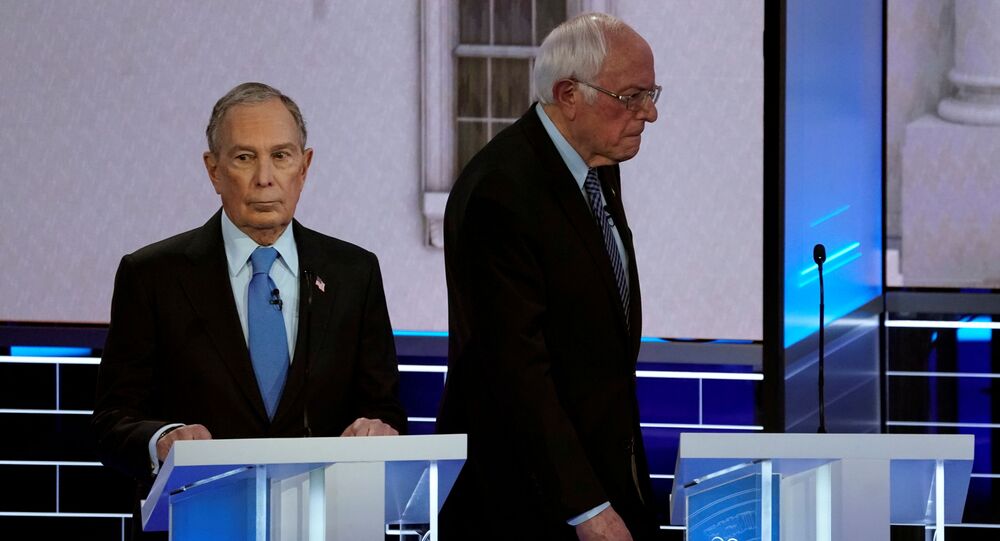 The comments come ahead of Tuesday night's Democratic debate in South Carolina and as part of heavy criticism the presidential hopeful is facing from fellow Democratic candidates, as the race for the party's nomination for the 2020 presidential election heats up.

The aide said that the frontrunner has some “loopy stuff” in his background, including his writing about “women's rape fantasies” in a 1972 essay.

In a reaction to O’Brien’s suggestions, a shocked Camerota interrupted her guest asking twice: “Sir, what?”.

“He's written about women's rape fantasies. That hasn't been surfaced. That's the loony side of Bernie", Bloomberg’s adviser declared.

Sanders’s campaign has not responded to O’Brien’s claims, according to The Hill.

It’s not the first time Sander’s essay has been mentioned. It was reportedly brought to the surface in 2015 by Mother Jones when the Senator was running for the Democratic Party nomination in the 2016 presidential elections.

At the time Sanders' campaign distanced the candidate from the article, arguing that it was a "dumb attempt at dark satire in an alternative publication" that "in no way reflects his views or record on women".

Sanders achieved a decisive victory in Saturday’s Democratic caucuses in Nevada and the primary in New Hampshire earlier this month.

Recently, Sanders has faced heavy criticism over comments about the late Cuban leader Castro, suggesting that it was “unfair to simply say everything is bad” in Fidel Castro’s Cuba.