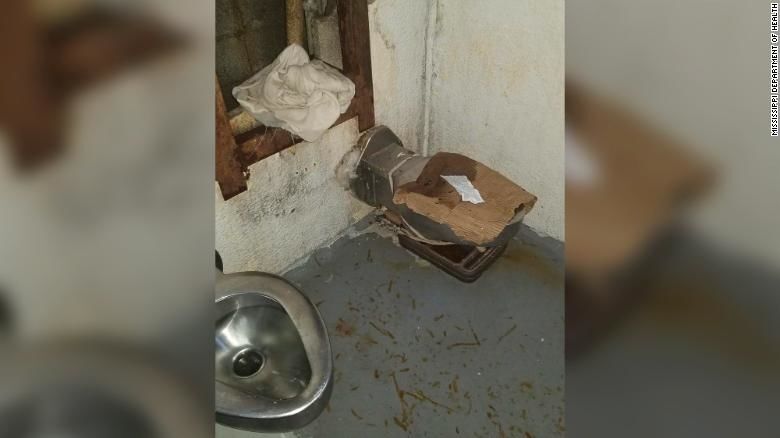 WASHINGTON (Sputnik), Barrington M. Salmon - Inhumane conditions driving up the death toll in US state of Mississippi prisons are unlikely to change because lawmakers and officials lack the incentive and political courage to reform the system, criminal justice activists said.

"This is a failure of the criminal justice system," National Center for Juvenile Justice Reform Executive Director Rahim Jenkins said. "In a lot of areas, states like Florida, Mississippi, Louisiana and Georgia, the prison industry drives the economy… so the critical will [to fix it] may not be there in the South."

Photos from activists, prison authorities and the US health department have revealed ankle-deep raw sewage in bathrooms and cells, busted toilets and sinks, entire sections in darkness due to electrical problems, along with a profusion of rats and insects.

In January, the American Civil Liberties (ACLU), the Southern Poverty Law Center (SPLC), and Roc Nation, the philanthropic arm of Jay Z’s music and business empire, filed lawsuits arguing that inmates live in inhumane conditions and are plagued by violence due to Mississippi's "utter disregard" for the people incarcerated and their constitutional rights.

"What’s happening in Mississippi isn’t just affecting people of colour but poor whites are being victimized too," Jenkins said. "I think the will is there but sometimes, you need leaders. But no one has achieved a national platform yet. Once that happens, things will change. I also think that if returning citizens nationally came together… there lies the answer."

Quiana Johnson, founder of reentry services organization Life After Release, expressed concerns that the state of Mississippi is so far behind. Although the residents have been fighting the problem for a long time, she added, they need help in halting the abuses.

"We have to rally around the brothers and sisters on the ground and don’t impose our will on them. We have to work with them, write letters to the governor, the warden and other state officials. We have to apply pressure for the immediate stopping of what they are doing," Johnson said.

"People who are incarcerated are often overlooked and neglected… human nature is morally bankrupt and becoming more so," she said. "It could happen at a nursing home, a mental institution, where the elderly are. The most vulnerable are the least protected."

“Conditions in the prisons operated by the Mississippi Department of Corrections are absolutely inhumane and unconstitutional . . . we’re calling on Mississippi state leaders to take immediate action and rectify this issue." - @YoGotti #ShutdownParchmanhttps://t.co/sMVzn7BimY

​Sentencing Project Advocacy Director Nicole Porter said that the Mississippi state prison system has one of the nation's highest incarceration rates and is bedevilled by a range of problems, some self-inflicted.

"There are horrendous conditions and an unconstitutional level of care, sexual abuse and violence and there’s chronic overcrowding, and in-custody deaths," Porter said.

There are too many people in prison, Porter added, but the state will never provide adequate funds to improve things.

"There have been attempts to get the authorities to improve things through rallies, tons of demonstrations and on-going advocacy led by incarcerated individuals. And there are ongoing efforts through litigation to improve conditions, but until the state substantially enacts changes and lowers the incarceration rate, little will change," Porter said.

Porter said Mississippi, which ranks last in a range of socioeconomic indicators, is a low-resource state where public health, education and prisons are underfunded.

Hence, she added, state and prison authorities need to take certain steps to address issues like overcrowding and poorly-funded services.

"Prison officials should be seriously considering letting go of people, such as those who are ill, others who have aged out of the crime they committed and others who have experienced long levels of confinement beyond their sentences," Porter said.

Porter, however, said she doubts the government will implement any such reforms or address the funding shortfalls.

"It’s highly unlikely that the state will adequately fund these services," Porter said. "There is pressure on the system, but lawmakers haven’t responded."

On February 16, Mississippi authorities announced that yet another inmate had died, marking the 19th such death over the course of only seven weeks. Inmates have died as the result of beatings, suicide, and natural causes under conditions so horrendous that civil society groups have called on the government to declare a state of emergency.

MS prison system is in a state of emergency. Inhumane, unconstitutional conditions of MDOC prisons, enabled by deliberate neglect of facilities, systemic under-funding & dangerous under-staffing, have resulted in the deaths of 19 incarcerated men since 12/29.

Earlier this month, the Justice Department said it would probe allegations of inhumane conditions at four Mississippi state prisons. Mississippi Governor Tate Reeves visited the Mississippi State Penitentiary at Parchman, where at least 9 deaths have occurred and ordered the Department of Corrections to shut down the notorious "Unit 29."