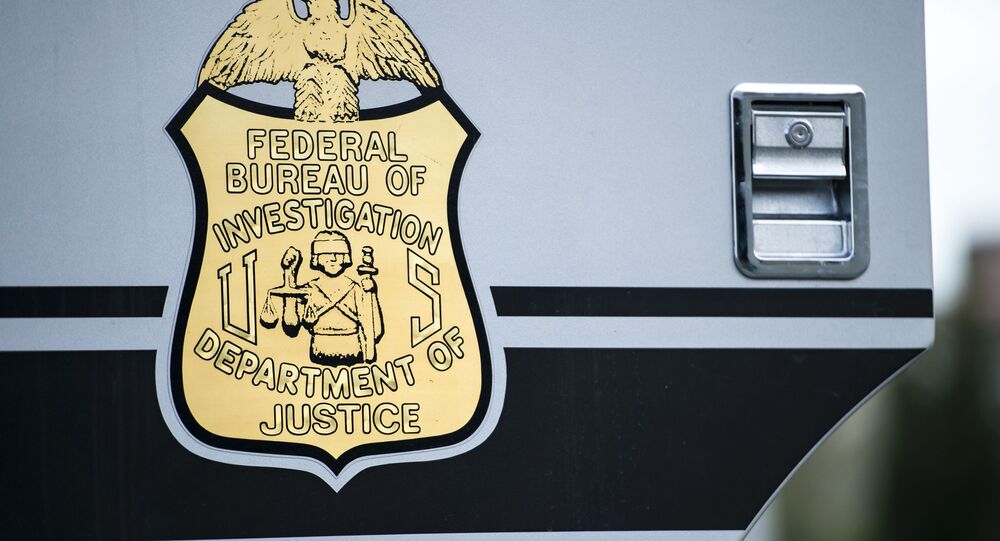 Another whirlwind of yet uncorroborated Moscow meddling allegations has engulfed the US media, notwithstanding insiders’ accounts that a chewed-over routine intel briefing didn’t actually name Russia, or at the very least, was not solely about the country, but rather multiple foreign players.

According to a senior FBI official, Russia's alleged influence campaign is incited by aspirations to "watch us tear ourselves apart", with the comments coming a little over a week after details of a classified briefing to lawmakers were leaked to the media. The intelligence community’s claims about purported Russian meddling in favour of President Trump, or, alternatively, Bernie Sanders, among others making the rounds.

David Porter, assistant section chief of the FBI's Foreign Influence Task Force, told an election security conference in Washington that Russia is conducting a "brazen and disruptive" operation aimed at dividing opinions and undermining traditional sources of information, like the news media, to further use them to spread misleading reports.

"Election interference is one of the vectors in this space. It's designed to degrade confidence at the very foundation of our democratic system and our leaders' ability to govern", Porter said, as cited by CNN, before explaining the accusations overzealously:

"It's also designed to weaken the adversary from within by identifying existing political and social issues and driving wedges into those fractural lines and [amplifying] them through online manipulation and disinformation in an effort to create an environment of permanent cacophony, unrest, and conflict", the senior official rounded off.

Although Porter did not separately touch upon any preference that Russia or other foreign countries may have for a 2020 candidate, he addressed the controversy over the classified intelligence briefing from earlier this month.

"To put it simply, in this space Russia wants to watch us tear ourselves apart while it seems China on the other hand would rather manage our gradual economic decline over the course of generations", Porter pointed out.

According to CNN, citing a source with knowledge of another briefing, a second one meant for House Intelligence Committee staffers didn’t see the issue of Russia's support for Trump raised at all. The staff briefing reportedly took place prior to the 13 February briefing with lawmakers.

Addressing the latter, a senior intelligence official, also cited by CNN, busted reports (as confirmed by another CNN source) that Shelby Pierson, the top intel official dealing with election threats, told lawmakers during the classified briefing earlier this month that Russia's efforts were aimed at helping Trump get re-elected.

"During the [Feb 13] briefing, the Intelligence Community did not state that Russia is aiding the re-election of President Trump", the senior official said, per the edition.

The senior intelligence official also confirmed to CNN the briefing was not a spontaneous and ill-targeted move, but a pre-planned effort by multiple agencies that have briefed congressional committees multiple times before and that the admonition was not just with regard to Russia but a number of foreign actors.

Separately, he said that there is a difference between Russia favouring Trump and Moscow actively working to support his re-election.

Right now, the official said it is way too early to tell if Moscow has a candidate it favours.

”I don't know that any intelligence assessment points to any choice of who they want to be president", the official said. "I don't think to date there's an assessment that goes into that detail".

Donald Trump referred to the claims, first reported by The Washington Post on Friday, as another instance of a Dems-instigated “hoax", in the wake of Special Counsel Robert Mueller’s probe finding no collusion between the Trump campaign and the Kremlin.

Moscow has for its part repeatedly denied any involvement in US domestic politics, this time branding the fresh round of never-ceasing allegations as "paranoid reports” which it expects to see even more of in the run-up to the 2020 presidential elections.

In the meantime, Bernie Sanders, who has also been claimed to be favoured by Moscow as a candidate, hit back saying:

“I don’t care, frankly, who [Russian President Vladimir] Putin wants to be president", Sanders told The Washington Post in a statement. “My message to Putin is clear: Stay out of American elections, and as president I will make sure that you do".

The alleged meddling debate comes as the US Democratic primaries are in full swing, with voters trying to pinpoint who will take on incumbent President Trump in November. Over 15 caucuses are scheduled for the coming week, culminating in so-called Super Tuesday, on 3 March, when 14 states go to the polls to choose their favoured Democratic candidate.