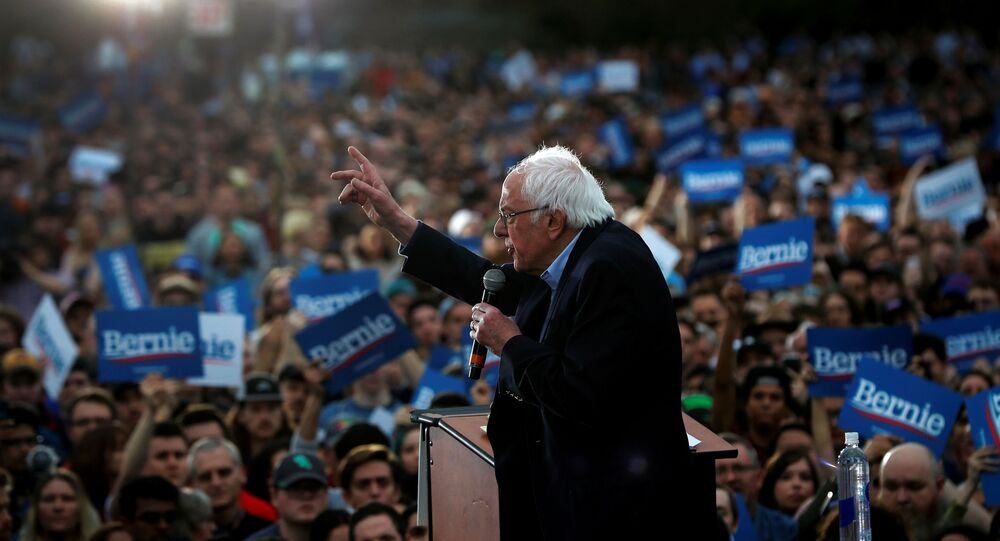 The leading Democratic presidential candidate was interviewed on a CBS ‘60 Minutes’ segment that aired late Sunday. The Vermont Senator made some comments about the late Cuban leader Fidel Castro that sparked verbal attacks.

Sanders said during his interview on a CBS ‘60 Minutes’ segment that, regardless of his personal opposition to “the authoritarian nature of Cuba”, it’s “unfair to simply say everything is bad” under the rule of Fidel Castro.

Sanders rivals seized the opportunity to attack the leading Democratic candidate, with former Vice President Joe Biden’s campaign spokespersons suggesting that the firebrand Senator's remarks illustrate “a larger pattern throughout his life to embrace autocratic leaders and governments across the globe,” according to The Hill.

Biden senior adviser Cristobal Alex went so far as to suggest that Sanders' comments were “deeply offensive” to people in the US that have fled political oppression.

“Bernie’s comments indicate he either fails to understand the pain and suffering that Fidel Castro, Nicolas Maduro, and Daniel Ortega have caused to so many people, including Americans now living here, or worse, that his ideology blinds him to the realities of life in these countries,” Alex asserted, cited by the Hill.

“After four years of looking on in horror as Trump cozied up to dictators, we need a president who will be extremely clear in standing against regimes that violate human rights abroad. We can't risk nominating someone who doesn't recognize this,” Buttigieg tweeted in Spanish and English.

Billionaire and former New York City Mayor Mike Bloomberg also targeted Sanders in series of tweets in Spanish and English, condemning the Senator for what he claimed  was an ignorance of Castro’s “dark legacy” to talk about “literacy programs”.

“Fidel Castro left a dark legacy of forced labor camps, religious repression, widespread poverty, firing squads, and the murder of thousands of his own people. But sure, Bernie, let’s talk about his literacy program,” Bloomberg's account tweeted.

During the interview, Senator Sanders distanced himself from comparisons of Trump’s relationship with foreign leaders, arguing: “I do not think that Kim Jong Un is a good friend. I don't trade love letters with a murdering dictator. Vladimir Putin, not a great friend of mine”.

Sanders' comments about Castro may affect his polling in Florida, which has a significant Cuban American population who are more likely to support Republicans during the 2018 House elections.

Sanders’s communications director, Mike Casca, reportedly said that the Senator has “clearly and consistently criticized Fidel Castro’s authoritarianism and condemned his human rights abuses”, arguing that the candidate was “simply echoing” a previous acknowledgment of former US President Barack Obama in 2016 about Cuba’s progress in the realm of education.

Bernie Sanders is leading the presidential race the Democratic nomination for the 2020 US presidential election, after scoring positive results in Democratic caucuses in Iowa, New Hampshire and Nevada.