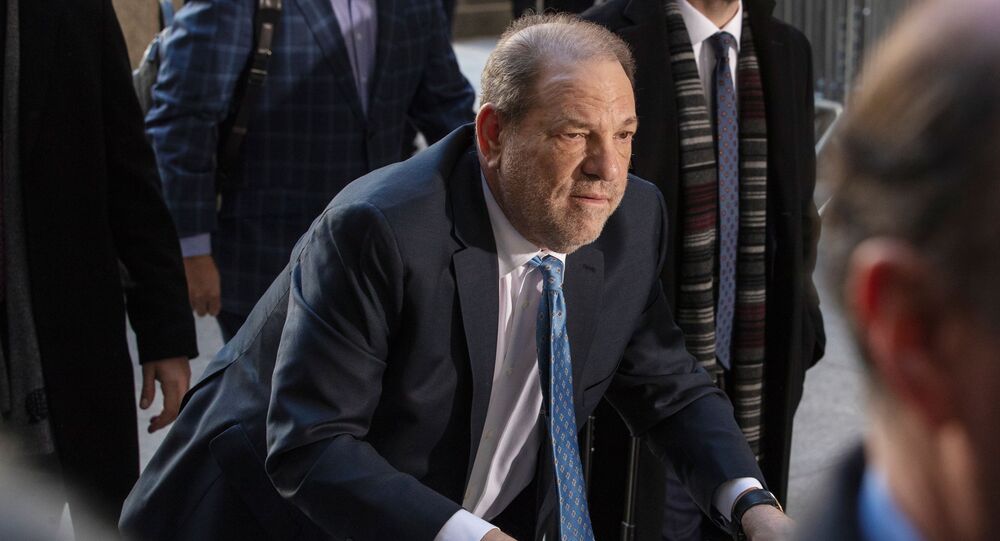 However, the 67-year-old producer was found not guilty of first-degree rape and predatory sexual assault charges that could have meant life imprisonment for him.

Hollywood mogul Harvey Weinstein was convicted on Monday by a New York jury of sexual assault and rape.

The jury of seven men and five women found Weinstein guilty of first-degree criminal sexual acts and third-degree rape. He was, however, cleared of first-degree rape and predatory sexual assault charges that could have seen him in jail for life.

According to AFP, he will remain in custody until sentencing on 11 March.

© AP Photo / Vince Bucci
Harvey Weinstein arrives at the Oscars on Sunday, Feb. 22, 2015, at the Dolby Theatre in Los Angeles.

In 2017, numerous actresses and former Weinstein employees claimed that he raped or harassed them. Some of the claims dated back to the 1980s. The producer denied all the accusations, saying that all the sexual relationships he had were consensual.

The allegations against Weinstein marked the beginning of the #MeToo global movement against men who abuse their power.