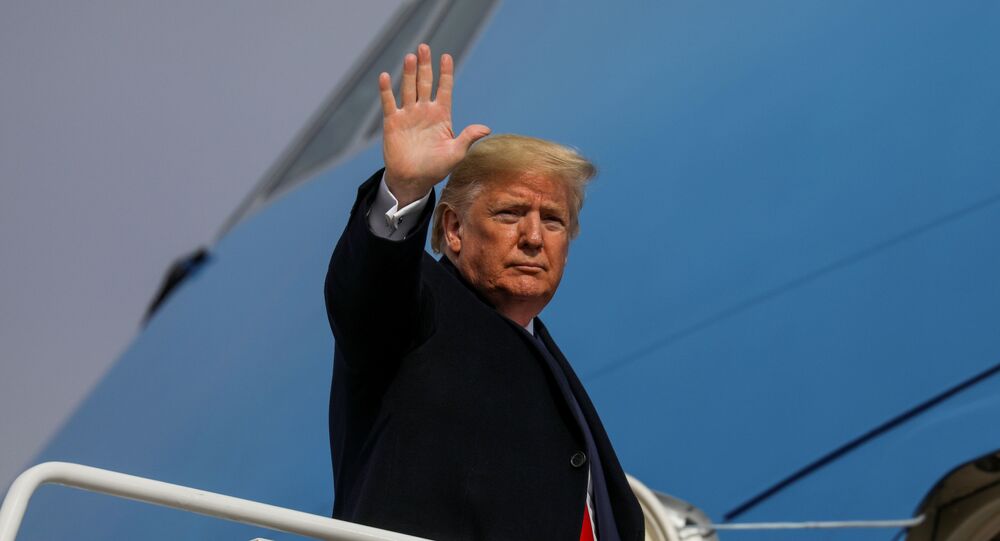 US Intelligence sources told Fox News that there is no evidence to suggest that Russia is making any specific attempt to get US President Donald Trump reelected, adding that the intelligence on the matter was “overstated.”

The official said that US election official Shelby Pierson, who had earlier briefed Congress on the alleged Russian election interference efforts, might have overstated intelligence regarding the issue when speaking to the House Intelligence Committee earlier this month.

"A more reasonable interpretation of the intelligence is not that they have a preference, it's a step short of that. It's more that they understand the President is someone they can work with, he's a dealmaker," senior national security official told the outlet.

According to Fox News, the Democrats were bombarding Pierson with questions on whether Russia was trying to help Trump, dismissing the context of the briefing.

The Wall Street Journal said last week, citing people familiar with Pierson’s work, that the official appointed in July 2019 by then-Director of National Intelligence Dan Coats "has a reputation for being injudicious with her words and not appreciating the delicate work of corralling federal agencies, technology firms and state election officials to collaborate on election security."

The reports of Pierson’s “misleading” take on the intelligence information came after the New York Times and CNN had reported earlier in the week that Trump was told by the intelligence officials that Russia had begun interfering in the 2020 presidential election in order to get him re-elected. According to reports, Trump was outraged that Congress was briefed on the matter before him.

The Washington Post also reported that the campaign of Democratic presidential candidate Senator Bernie Sanders (I-VT) was backed by Russia, without providing evidence for that assertion. Sanders told the outlet that he does not welcome such actions if the report is true.  Twitter said that they proactively monitor the social media platform “to identify attempts at platform manipulation and mitigate them,” adding that they would disclose any reasonable evidence of state-backed information operations if found. Facebook said they had no evidence of Russians being associated with supporters of Sanders’ campaign.

The US president took to social media on Friday and pushed back against the claims, calling the allegation of Russian assistance in the upcoming election a “hoax.”

The allegations that Russia meddled in the 2016 presidential race to get Trump elected had earlier triggered Special Counsel Robert Mueller’s investigation. In April 2019, Mueller released the final report on alleged Trump-Russia collusion, writing that there was no evidence of any conspiracy between Trump and the Kremlin, nor any indication that Russia somehow tampered with or otherwise manipulated the voting results. Russian officials have repeatedly rejected accusations of meddling in the US or any country's elections or internal affairs, calling the charges "absurd" and pointing to a lack of evidence.