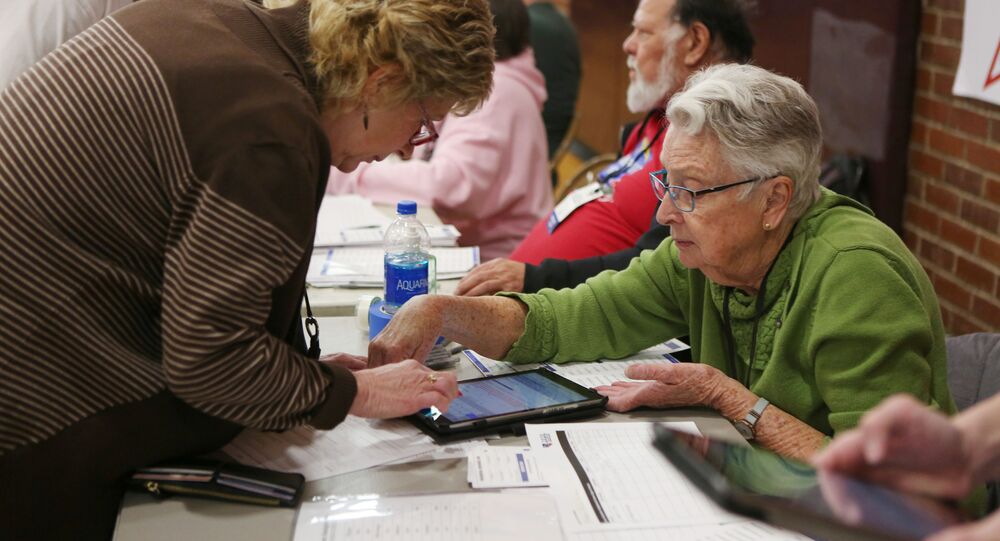 The Nevada Democratic Party is unexpectedly asking volunteers to sign non-disclosure agreements before they work the presidential caucus on Saturday, causing at least one volunteer to quit as he was caught by surprise.

Gabrielle d’Ayr, the Jerome Mack Middle School caucus site leader in Las Vegas, told Fox News that the confidentiality agreements were handed to the leaders of volunteers without any prior notice.

“There was no discussion about it that I'm aware of. It's just something that turned up when I went to pick up my boxes,” d’Ayr said. “One side of me has me going, 'I don’t really like this' and the other side of me is going, 'Caucus is important. I don't want to derail [the] caucus.'"

The confidentiality agreements, first reported by CNN, didn’t focus on the Nevada caucuses specifically but were rather a broader agreement used for multiple purposes within the Nevada Democratic Party and prevent volunteers from speaking to the media. One of the volunteers, Seth Morrison, reportedly refused to sign the agreement and quit after he was asked to move to another volunteer position.

Molly Forgey, the communications director for the state party, said that the agreements weren’t required yet added that “asking volunteers who handle sensitive internal info to sign them is common practice and the state party did this in the 2018 cycle.”

D’Ayr, however, told Fox News that the agreements they had to sign covered much more than just handling sensitive voter data.

“There are some niggles – one, if they're going to go so far as to do an NDA, then they should have warned people in advance and then kept it very strict about the content of what you were saying or what you were agreeing not to disclose,” d’Ayr told Fox News. “It's a little too broad for my case. I mean, I signed it anyway because I know I'm not going do anything stupid.”

Other volunteers also noted that they received the NDA forms yet didn’t think there was anything “nefarious” about them, aside from poor organization.

“Personally, I think they could have been a little better organized," Jeff Carlson, a site leader at Sierra Vista High School, said. "They could have done things a little different and I’m not quite certain that throughout the process they really considered the optics of some of the things they did.”

Carlson said he wasn’t aware of the NDA until it was handed to him, and, while he signed the agreement, he told Fox News he hasn’t turned it over to party officials nor have they asked for it back.

Iowa Caucus: DNC Had Much Bigger Role in Failed App Than It Claimed, Leaked Docs Show