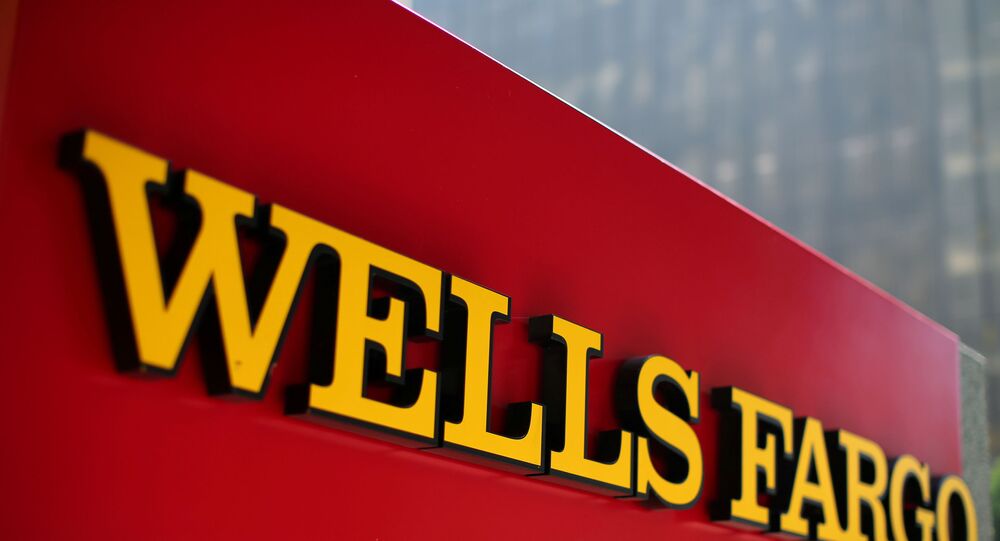 WASHINGTON (Sputnik) - The US fined Wells Fargo Bank $500 million for misleading investors as part of an overall $3 billion settlement with regulators over a scandal in which employees secretly opened multiple accounts without customers’ knowledge to meet aggressive sales goals, the Securities and Exchange Commission (SEC) announced.

"Between 2012 and 2016, Wells Fargo publicly touted to investors the success of its Community Bank’s ‘cross-sell’ strategy… even though it was inflated by accounts and services that were unused, unneeded, or unauthorized", the Commission's press release said on Friday.

According to the release, the bank has agreed to pay $500 million to settle the charges, with money being returned to its investors.

“Wells Fargo repeatedly misled investors, including through a misleading performance metric, about what it claimed to be the cornerstone of its Community Bank business model and its ability to grow revenue and earnings”, Co-Director of the SEC’s Division of Enforcement Stephanie Avakian said. “This settlement holds Wells Fargo responsible for its fraud and furthers the SEC’s goal of returning funds to harmed investors”.

The Justice Department has said that criminal prosecution of Wells Fargo will be postponed, so long as the bank meets certain conditions for three years.

The SEC order finds that these accounts were opened through sales practices inconsistent with Wells Fargo’s investor disclosures regarding its purported needs-based selling model, the release said.

The $3 billion penalty reflects a settlement of outstanding charges against the bank with both the SEC and the Justice Department, the release added.

In addition to resolving charges by the SEC, the $3 billion will also resolve the Justice Department’s criminal investigation of fraudulent sales practices, Wells Fargo said in a separate press release.

Wells Fargo Chief Executive Officer Charlie Scharf called the bank’s acceptance of the overall settlement a "significant step in bringing this chapter to a close", according to the release.

"There’s still more work we must do to rebuild the trust we lost. We are committing all necessary resources to ensure that nothing like this happens again, while also driving Wells Fargo forward", Scharf said.

In the past three years, the bank has fired top executives and members of its board of directors, eliminated all product-based sales goals that led to the fraud and cooperated with both the SEC and Justice Department during their respective investigations, the Wells Fargo release said.