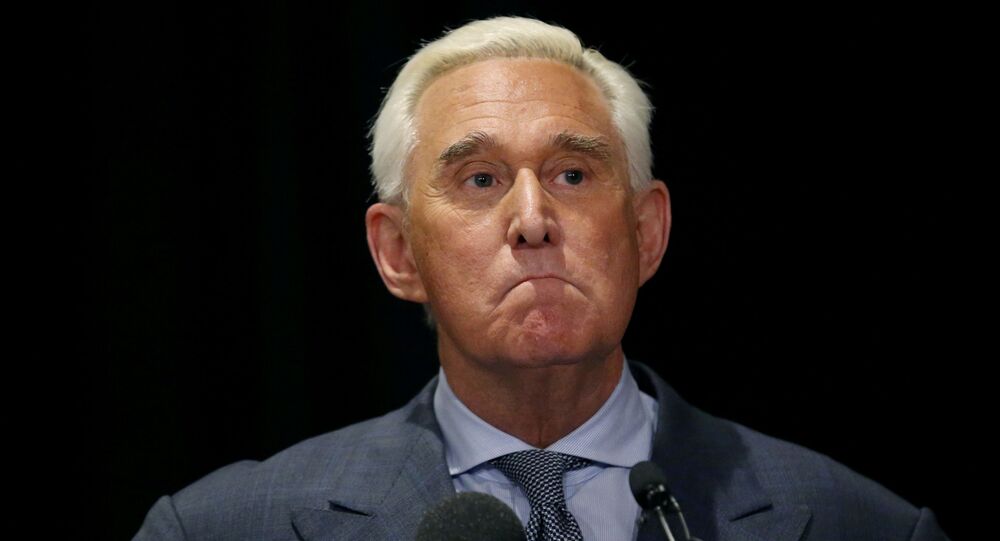 WASHINGTON (Sputnik) – US President Donald Trump said on Thursday that he wanted to see his former adviser Roger Stone exonerated and believed chances were high for such an outcome.

"I’m following this very closely. I want to see it play out to its fullest because Roger has a very good chance of exoneration in my opinion", Trump said, speaking at the Hope for Prisoners graduation ceremony in Las Vegas.

A US federal judge on Thursday sentenced Stone to three years and four months in prison after he was found guilty of seven counts including lying to Congress over communications with WikiLeaks, and for causing obstruction and witness tampering.

Stone is expected to appeal the ruling.

The case against Stone has provoked Trump's outrage, and he has repeatedly said that Stone was being treated unfairly.

“They say Roger Stone lied to Congress.” @CNN OH, I see, but so did Comey (and he also leaked classified information, for which almost everyone, other than Crooked Hillary Clinton, goes to jail for a long time), and so did Andy McCabe, who also lied to the FBI! FAIRNESS?

In response, Trump's political opponents accused him of obstructing justice, and Attorney General William Barr said the President was preventing him from doing his job.