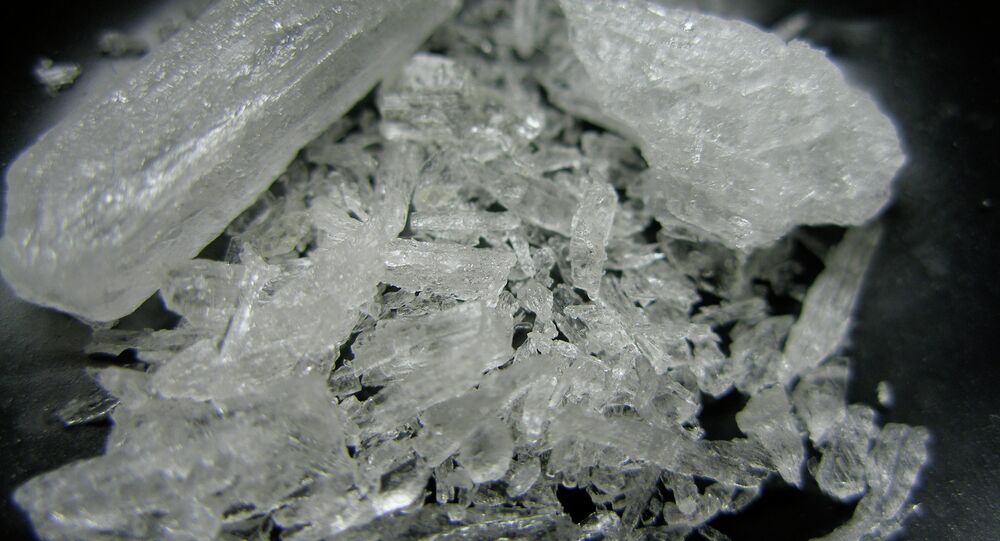 WASHINGTON (Sputnik) – The US Drug Enforcement Administration (DEA) deployed enforcement resources to eight US cities identified as distribution hubs for illegal methamphetamines, the Justice Department announced in a press release on Thursday.

"While continuing to focus on stopping drugs being smuggled across the border, DEA’s Operation Crystal Shield will ramp up enforcement to block their further distribution into America’s neighborhoods", the release said.

Field divisions in the eight cities accounted for more than 75 percent of methamphetamine seized in the US in 2019, according to the release.

Methamphetamine is often called a silent killer because it receives little attention in the media compared with opioids. But from 1999 through 2017, the age-adjusted rate of drug overdose deaths from the stimulant more than tripled, from 6.1 per 100,000 to 21.7 per 100,000, according to the Centres for Disease Control.