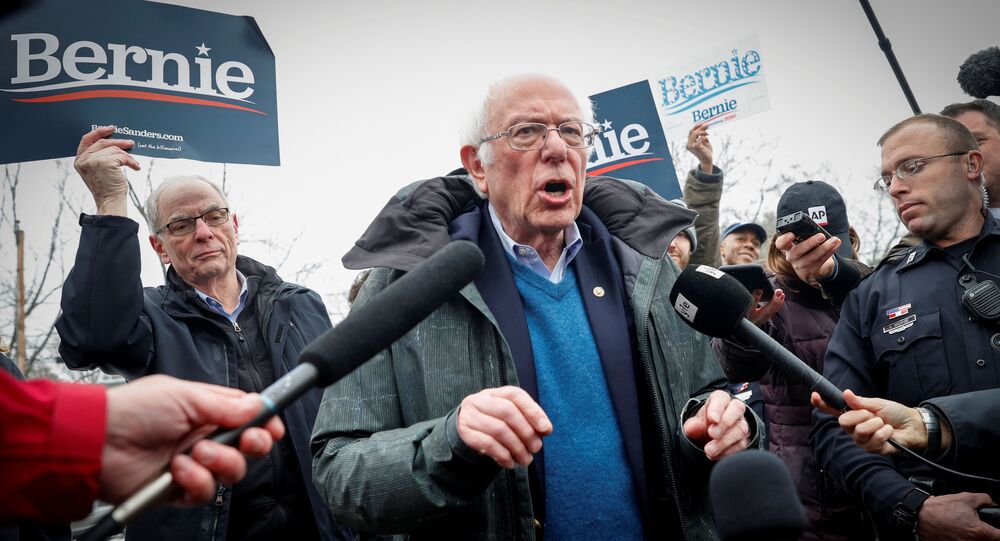 Sanders (32%) overtook former Vice President Joe Biden as the frontrunner in January after the latter came in fourth in the Iowa caucuses and fifth in the New Hampshire primary. Biden, who scored 16% in the latest poll, is closely followed by former New York City Mayor Mike Bloomberg (14%) and Sen. Elizabeth Warren (12%).

Bloomberg, who is skipping the first four states and instead focusing on the March 3 ‘Super Tuesday’ primary states, has gained 6% since January, while Warren saw no change in her national support.

Former South Bend, Ind., Mayor Pete Buttigieg, who won the state-delegate-count battle in the Iowa caucuses and came a close second to Sanders in New Hampshire, has scored only 8% nationally, with Sen. Amy Klobuchar closely following with 7% after a surprise third-place finish in New Hampshire.

The Post-ABC poll shows Sanders holding double-digit leads among both women and men, as well as among those who say they are certain to vote in their state’s primary or caucuses.

Meanwhile, as the support for Biden has faded after poor finishes in Iowa and New Hampshire, his campaign seems to be losing momentum, damaging his image as the most electable candidate against President Trump in November. By a wide margin, 58 percent to 38 percent, Democrats say they would rather nominate a candidate who can defeat Trump than one who agrees with them on major issues.

The poll also puts Sanders as the most electable, cited by 30 percent of Democratic leaners as best situated to beat Trump, with the support for Biden falling by half to 19%. He is closely followed by Bloomberg who is cited by 18 percent on this question.

© AP Photo / Gerald Herbert
'I am a Big Fan': Past Videos of Bloomberg Declaring Love for Trump Cause Public Outcry
Sanders has seen a big jump in support among voters under age 50 and is now backed by 50 percent of that group, up from 34 percent in January, while also more than doubling his support among black voters and gaining among whites without college degrees, according to the poll. All three of these groups were earlier considered to be key groups for Biden.

The poll came on the day of a Democratic debate in Nevada which will include Bloomberg on the stage for the first time and ahead of the third contest for the Democratic nomination, which will be followed by the South Carolina primary on February 29. After that, the campaign will go national with 14 states holding contests on March 3, Super Tuesday, and crucial primaries in a variety of big states later in the month.

The ‘Bros’ Are Back: Weekend Attacks Focus on Sanders’ Supporters