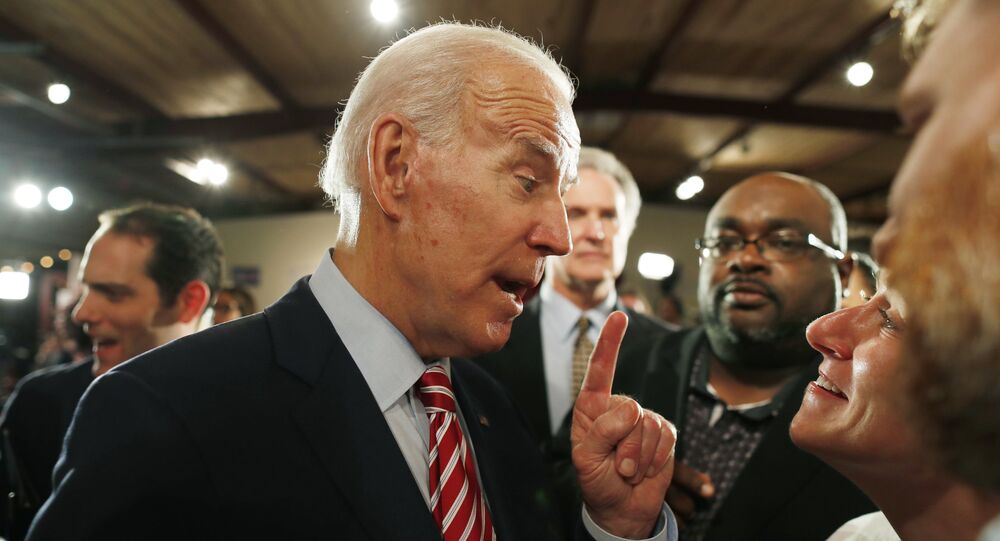 Fundraisers are shifting from Joe Biden’s presidential campaign to Mike Bloomberg’s candidacy as polls show the former vice-president struggling to get enough support to compete with US President Donald Trump in November.

Jon Henes, a partner at the law firm Kirkland & Ellis, has signalled that he will be supporting Bloomberg’s bid for the nomination instead of Biden’s campaign, people with direct knowledge of the matter told CNBC. Henes is reportedly one of close to a dozen other Biden fundraisers who have already decided to move toward Bloomberg, these people added.

Henes used to be key bundler for Sen. Kamala Harris before she dropped out of the race in December. Afterwards he agreed to help the Biden campaign with fundraising, co-hosting a money-making event on Thursday for Wall Street power players. Previously, Henes helped raise at least $100,000 for Hillary Clinton during her 2016 run for president.

Several Biden donors who spoke to CNBC during the New York fundraisers last week said they felt the former vice president was losing his grip after the disappointing performance in the Iowa caucuses and New Hampshire primary. Some of the donors have noticed that even as he increased his TV appearances, Biden is still struggling in the polls.

The donors have reportedly privately acknowledged that self-proclaimed democratic socialist Bernie Sanders has become the front-runner, believing that Bloomberg is the only candidate who can beat him in the race for the Democratic nomination. The former New York City mayor is worth about $60 billion, while Biden had struggled to raise campaign cash coming into this year, finishing with $8.8 million in the fourth quarter – less than Sanders, former South Bend Mayor Pete Buttigieg and Sen. Elizabeth Warren.

Some Biden financial supporters said that they are planning on making a final decision about moving over to Bloomberg after the Nevada debate, which will be the first one for the billionaire candidate. Another key figure in Biden’s network, Brad Karp, the chairman of law firm Paul, Weiss, Rifkind, Wharton & Garrison, is telling associates he will likely jump over to Bloomberg, people familiar with the matter added. Karp is listed by the campaign as one of Biden’s bundlers.

“Bloomberg is running a great campaign, hiring incredible people and building an impressive field operation across the country,” said a Wall Street Biden supporter who recently met with Bloomberg but declined to be named. “Also spending essentially unlimited money and we’re seeing all of that result in an impressive increase in the polls.”

Another investor noted that several fundraisers are mulling moving to Bloomberg if the former vice president doesn’t score a dominant win in the February 29 South Carolina primary – the state where he has been the polling leader for the majority of his campaign.

“I think everyone will move over after South Carolina,” a leading Biden fundraiser said.

Biden has been critical of Bloomberg in recent weeks, criticizing his record as mayor of New York, with a particular focus on the controversial stop-and-frisk policy and labelling of racial minorities. Bloomberg’s campaign has shot back, slamming Biden as someone who lost his footing after a strong start to the campaign.

Joe Biden has dedicated his life to this country.

As a senator, and as a vice president, he has always stood by the side of great men.

Yang Is Out, Bernie Is on Top, Biden and Warren Struggle