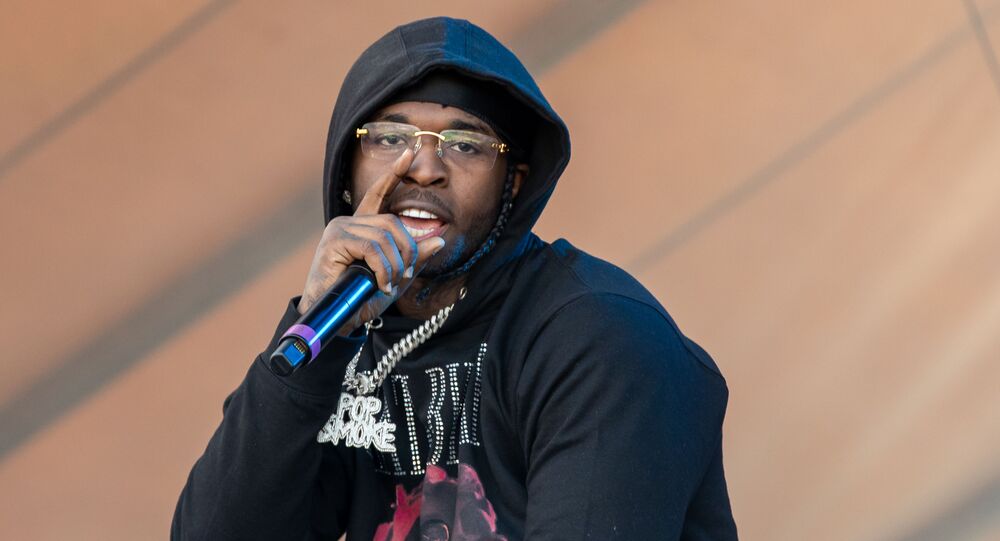 Pop Smoke, an American rapper and songwriter, got wide publicity last year with his newly-released single "Welcome to the Party", the remix of which also featured Nicky Minaj. According to reports, the musician was pronounced dead in the hospital, following a shooting incident.

The incident occurred at around 4:30 AM in Hollywood Hills, the media has learned. According to police, two men wearing masks broke into the house, reportedly rented by the musician. Several shots were reportedly fired during the incident, critically wounding the rapper.

According to reports, the rapper died after being brought to the Cedars-Sinai Medical Center in West Hollywood.

The suspects, who were allegedly seen fleeing the scene, have not been caught or identified, TMZ reported. It remains unclear whether Pop Smoke was familiar with the attackers. There are some reports now suggesting that there was a party at the house prior to the shooting.

Pop Smoke was a 20-year-old American rapper and songwriter, who rose to international fame this summer with his popular single "Welcome to the Party". Nicky Minaj, an American celebrity, later recorded a remix of the song. She soon posted the rapper's photo on Instagram, with an encrypted caption saying that "jealousy is as cruel as the grave".

The Bible tells us that jealousy is as cruel as the grave. Unbelievable. Rest In Peace, Pop.

The rapper's fans rushed to social media to express their distress with the shocking news, with posts about Pop Smoke soon trending on Twitter.

R.I.P pop smoke taken way too soon his style was so unique and he was just getting started 😓

I was just listening to Pop Smoke yesterday. What a sad and crazy world, just 20 years old too.