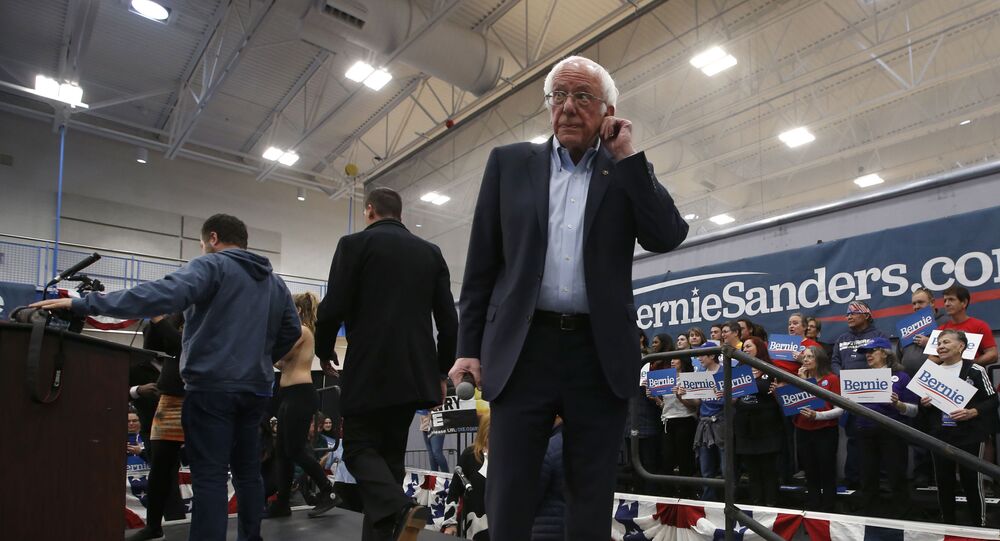 Self-proclaimed democratic socialist Bernie Sanders opened up a double-digit lead nationally over his closest rivals in the Democratic presidential primary, widening the gap between him and one-time frontrunner Joe Biden.

The Vermont senator has the support of 27% of Democratic primary voters, a figure which is unchanged from January, the NBC News/Wall Street Journal poll found, showing the democratic socialist’s dominance in the field after a decisive victory in New Hampshire’s first-in-the-nation primary last week.

Bloomberg has risen in the polls after his decision to spend more than $400 million on a barrage of national TV and internet ads, while Warren is down four points since December. Behind them is former South Bend, Indiana, Mayor Pete Buttigieg, who is now polling nationally at 13%, up five points from the previous NBC/WSJ poll.

The poll also indicates that Bloomberg and Buttigieg, both moderates, have primarily gained support at the expense of Biden, as they look to establish themselves as viable alternatives to progressive candidates like Sanders and Warren.

The ex-New York City mayor will be making his first appearance on the Democratic primary debate stage this week in Nevada, even though he is not competing for votes in the first four nominating states: Iowa, New Hampshire, Nevada and South Carolina. Instead, the billionaire’s strategy is focused on Texas and other states that vote on Super Tuesday, March 3. The survey respondents noted that Bloomberg’s campaign is getting their attention, with 59% saying they remember seeing an ad from Bloomberg on TV or social media.