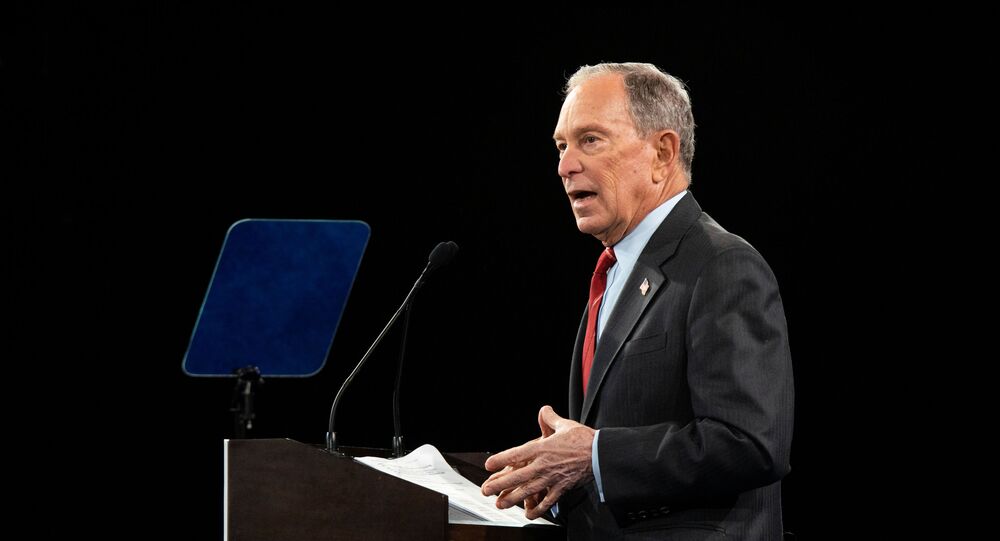 The billionaire and ex-New York City mayor joined the race at the very last moment, launching a vast ad campaign on Facebook and Instagram. According to an NPR/PBS NewsHour/Marist poll released on Tuesday, he had the support of 19 percent of respondents, coming in 2nd after Senator Bernie Sanders.

Media mogul Michael Bloomberg has qualified for the debates which will be held on 19 February in Las Vegas, Nevada.

It will be his first appearance at the Democratic debates, as he has previously avoided such events. Now he is set to clash with his rivals - Senator Bernie Sanders, ex-Vice President Joe Biden, Senator Elizabeth Warren, Senator Amy Klobuchar and former Mayor of South Bend, Indiana, Pete Buttigieg.

The billionaire previously criticised Sanders, as well as other candidates, stating that the party needs to unite to beat Donald Trump during the election.

Bloomberg and Trump repeatedly criticised each other, with the US president calling the media mogul "Mini Mike" and referring to his media as fake news. Bloomberg, in turn, has said that Trump "lies about everything".

According to former White House chief strategist Steve Bannon, Bloomberg was one of the major sponsors of Trump's impeachment, as he had spent over $110 million on supporting Democrats in Congress.