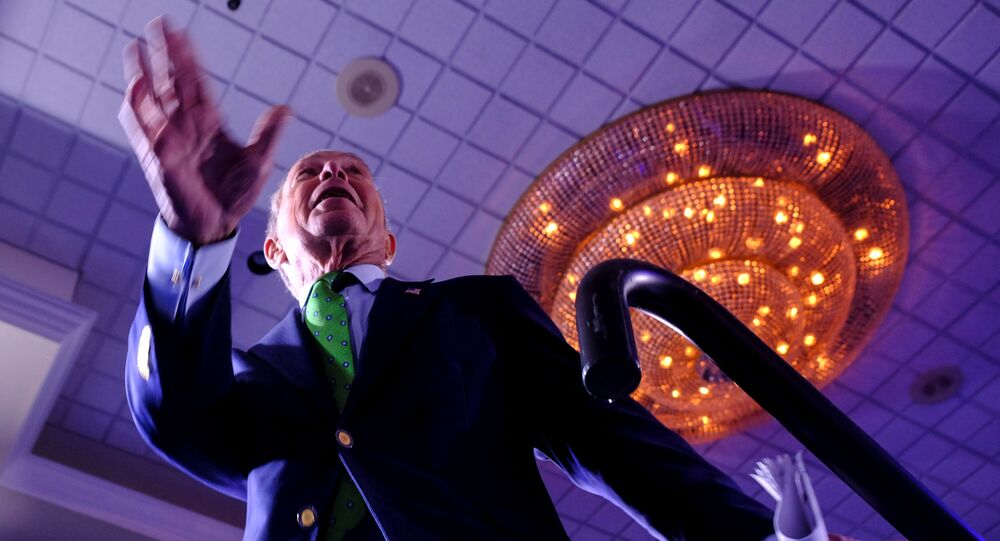 Former New York City Mayor Michael Bloomberg has tweeted out a new ad aimed at Bernie Sanders after the self-proclaimed democratic socialist accused him of not being able to generate enough "excitement" to beat current US President Donald Trump in the November elections.

Bloomberg tweeted a video showing a collection of aggressive and sometimes threatening tweets, texts and memes that have apparently come from Sanders supporters. Several of them show how “twitter leftists” are “killing” other Dems’ campaigns, while others say that “bad things will happen” if Sanders doesn’t end up being the nominee.

“We need to unite to defeat Trump in November. This type of "energy" is not going to get us there,” the billionaire wrote in the caption.

We need to unite to defeat Trump in November. This type of "energy" is not going to get us there. https://t.co/bPuUZMs2d6 pic.twitter.com/Tdp6mpWjcX

The video also quotes headlines calling out Sanders' supporters, often referred to as "Bernie Bros," for their aggressive tactics, while ironically quoting the democratic socialist himself saying: “It is vitally important for those of us who hold different views to be able to engage in a civil discourse.”

Bloomberg’s tweet comes in response to Sanders’ criticism published on Sunday. The candidate took aim at Bloomberg for "racist policies like stop and frisk," and for not being able to "create the kind of excitement and energy we need to defeat Donald Trump."

The simple truth is that Mayor Bloomberg, with all his money, will not create the kind of excitement and energy we need to defeat Donald Trump. pic.twitter.com/9azeuWjLap