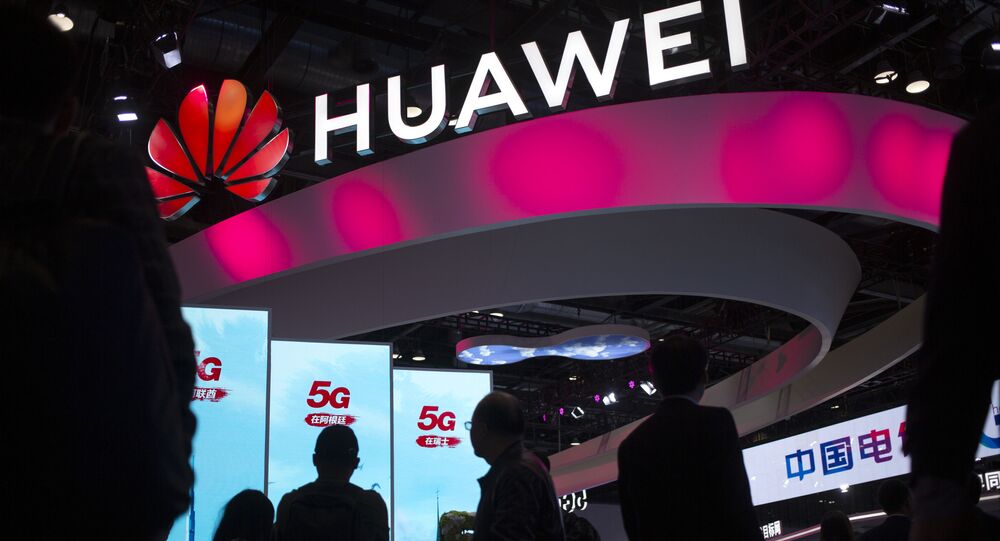 Although the US has tried to sway its allies to block the Chinese technology giant Huawei from developing the next-generation 5G network, citing security threats, the UK and Germany have decided not to follow in the footsteps of its key partner.

US Ambassador to Germany Richard Grenell has taken to Twitter to warn his country’s allies about President Donald Trump’s hard stance on cooperation with “an untrustworthy 5G vendor”.

“Donald Trump just called me from AF1 and instructed me to make clear that any nation who chooses to use an untrustworthy 5G vendor will jeopardize our ability to share intelligence and information at the highest level”, the envoy tweeted.

Although Grenell, who earlier came under fire for interfering in European countries’ policies over his warnings about the Nord Stream 2 pipeline project, did not mention any vendor in particular, his remark came amid an escalating row regarding Huawei. Following the menacing tweet, Grenell reinforced his statement with earlier comments by Attorney General William Barr on the matter.

The ambassador cited Barr’s address at the Department of Justice's China Initiative Conference as saying: “Allowing China to establish dominance in 5G [presents an] immediate security concern of using communications networks that China can monitor and surveil. That is, in fact, a monumental danger”.

Grenell also brought up National Security Advisor Robert O’Brien’s warning that if US allies are going to have Huawei “in their system”, Washington will “go to carrier pigeons or use couriers with locked briefcases or something if we have to”.

The US ambassador’s Twitter offensive has come against the backdrop of key US officials’ heated rhetoric on European countries’ possible cooperation with Huawei and China’s advanced IT and communications industries that went as far as to warn about a threat to NATO.

Defence Secretary Mark Esper said in Munich, where an security conference took place over the weekend: “If you don’t understand the threat and we don’t do something about it, at the end of the day, it could compromise what is the most successful military alliance in history: NATO”.

The bi-partisan delegation, led by Secretary of State Mike Pompeo and House Speaker Nancy Pelosi, echoed his stance and expressed concerns over using the Huawei kit. Pelosi, who has clashed with Trump on several occasions, was this time in tune with the US president, telling the audience that “China is seeking to export its digital autocracy through its telecommunication giant Huawei”.

Bloomberg cites the officials as warning that allowing Huawei to take part in developing 5G networks could undermine cooperation with Washington’s allies. As the outlet points out, Pelosi’s intervention signaled that even if her Democratic Party candidate manages to win the upcoming presidential elections, the position on Huawei might remain the same. Her stance coincides with the Republicans on the issue.

“Republicans and Democrats agree on this. If you go down the Huawei road you are going to burn a lot of bridges”, Republican Senator Lindsey Graham said.

Although the US has called on its allies to block Huawei from participating in their countries’ 5G projects for months, citing security risks, several countries have refused to bow to this demand. The UK courted the US amid Brexit but, in January, Boris Johnson allowed Huawei to supply non-sensitive infrastructure (such as radio masts and antennas) for the nation’s fledgling 5G networks.

Germany’s governing Christian Democratic Union and its Bavarian sister party the Christian Social Union also reportedly approved a strategy paper concerning the development of the nation’s next-generation network that opened up a path for Huawei’s participation in a rebuff to Washington’s demands to specifically exclude the Chinese company from the list of potential contractors.

© AP Photo / Evan Vucci
US Delegation to Give ‘B*****king’ to UK Officials Over Huawei 5G Decision — Report
This demarche came shortly before the US Justice Department slapped new criminal charges on Huawei and two of the Chinese tech giant’s US subsidiaries, accusing the multinational corporation of conspiring "to misappropriate intellectual property" from six US companies, in an attempt to expand its global business. Huawei refuted the claims, declaring that the US government had no evidence to back its claims. The new indictment added to charges unsealed in January 2019 that accuse Huawei of stealing trade secrets from T-Mobile.
...
Reddit
Google+
Blogger
Pinterest
StumbleUpon
Telegram
WhatsApp
222