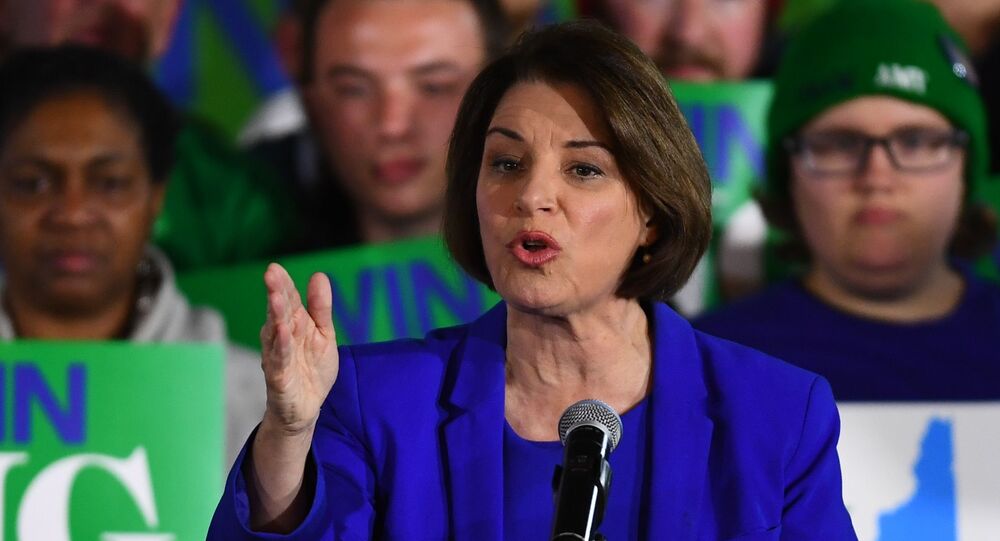 The presidential hopeful was among 17 Democratic Senators to vote in favor of an English-language amendment over a decade ago that would have reversed US President Bill Clinton’s executive order requiring federal agencies to provide materials in languages other than English.

US Democratic presidential candidate and Senator from Minnesota, Amy Klobuchar, suggested on Friday that English should not be the national language of the United States, in contradiction to a prior “strong position against” the idea.

The Senator’s shift comes one week ahead of the Democratic caucuses in Nevada, in a bid to gather support in a state where Latino Americans make up a significant percentage of voters.

“I think that when you look at a state like this state, and a country like ours that is so diverse, you don’t want to have that provision in law because then it would be very difficult to have, say, government documents and other things translated into other languages,” Klobuchar said at a campaign event in Las Vegas, Nevada, according to the Associated Press. “So that is not a position I take. I did vote that way, but way back then, along with many other people.”

Candidates must reach at least 15 percent support of caucus-goers to obtain delegates from the state of Nevada.

Senator Klobuchar, who was the first woman elected to the United States Senate for the state of Minnesota, kicked off her presidential campaign for the nomination of the Democratic Party in February 2019.