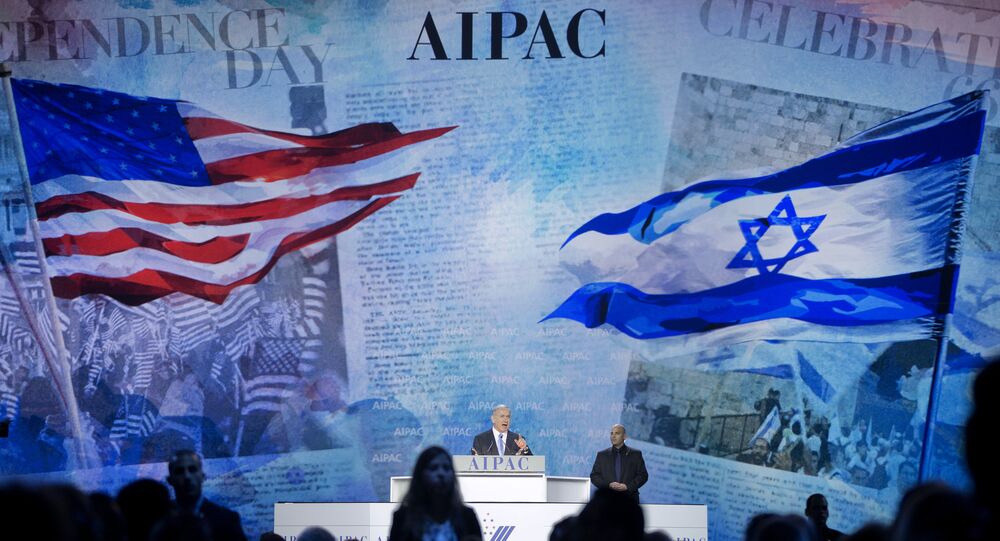 Israel, Not Russia, is Meddling in America’s Elections – Ex-CIA Spook

President Trump’s opponents spent over three years accusing the president of being a Kremlin agent, with the Russiagate narrative collapsing in April 2019 after the release of a 400 page+ report by special counsel Robert Mueller.

However, in Iowa, the commentator suggested, Israel, not Russia, “may just turn out to be part of last week’s story of the astonishingly inept Democratic Party Caucus.”

Citing investigative reporting by the Grey Zone Project on the faulty app which experienced problems and ended up delaying reporting of caucus results for almost a week, Giraldi suggested that “it now appears that the app might be part of an operation being funded by [pro-Israeli] billionaires with close ties to Israeli settler groups who are opposed to Senator Bernie Sanders and supporting Mayor Pet Buttigieg.”

“Indeed, Israel has been involved in American politics before, even if it is predictably never held accountable, and it has been suggested that Russiagate is really Israelgate based on what actually took place shortly after the 2016 election,” Giraldi argued, pointing to efforts by Prime Minister Benjamin Netanyahu to kill an anti-Israeli vote in the United Nations by lobbying Trump son-in-law Jared Kushner on the matter shortly after the 2016 election. It was this lobbying which allegedly led Trump-designated National Security Advisor Michael Flynn to secretly contact Russian Ambassador Sergei Kislyak to try to lobby Moscow to vote against the bill (Russia refused), with Flynn becoming the first casualty of ‘Russiagate’ and resigning from his post in disgrace in February 2017.

Fast forward four years, Giraldi noted, and “it is, in fact, remarkable the extent to which Buttigieg has hardened his line supporting Israel. He has abandoned his commitment made last June that he would withhold aid from Israel if it were to seek to annex more of the West Bank...” The commentator pointed to a recent Buttigieg interview in which the candidate refused to promise to withdraw US aid to Israel even if Israel does go ahead and applies sovereignty to settler-controlled areas of the West Bank.

“In short, Buttigieg is a manufactured corporate candidate who is little more than an empty suit, having no core values whatsoever apart from seeking to become the first gay president. The Establishment is comfortable with him and he is good-looking, seemingly affable and articulate…He has now checked the box making him acceptable to the Israeli government and its powerful domestic lobby, which have always been suspicious of Trump even as he gives them gift after gift,” Giraldi claimed.

Last week, the Iowa Demcoratic Caucus launched an independent investigation into its faulty voting system following delays in results, which triggered concerns as both Buttigieg and Sanders claimed victory. Sanders supporters raised questions about the credibility of the app which tabulated the results, which was created by Shadow Inc., a software developer which has received funding from the Buttigieg campaign, was staffed by former Hillary Clinton and Barack Obama associates, and funded by Seth Klarman, a major Buttigieg contributor with links to neoconservative Israeli lobbying groups.

Philip Giraldi spent 18 years working as a military intelligence officer in the Central Intelligence Agency, retiring at the end of the Cold War. He is a founding member of the Veteran Intelligence Professionals for Sanity (VIPS), a group of retired intelligence officers created in 2003 which accused the Bush administration of pushing the US toward war with Iraq under false pretences.

The Democrats' Russiagate claims against President Donald Trump collapsed in April 2019, when special counsel Robert Mueller published a 440+ page report investigating alleged Russian interference in the 2016 US presidential election. After his two year investigation, Mueller concluded that he could not find any evidence of collusion between the Trump campaign or the Kremlin. Mueller did allege that 'Russia meddled' via a Facebook and Twitter trolling campaign, but the true source and impact of these campaigns has been questioned.

Israel's Former Ambassador to US: Relations to Remain Strong Regardless of Who's at the Helm