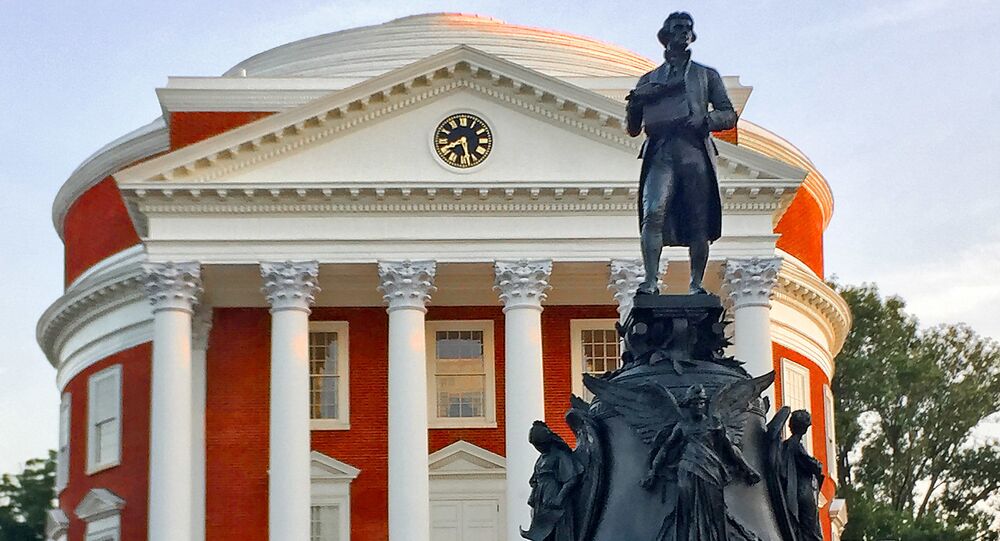 Days after the University of Virginia expanded its Multicultural Student Centre, a student said that the definition of multiculturalism does not incorporate white people.

A video of a black student at the University of Virginia complaining about “too many white people” around her has been doing the rounds on social media.

The clip was shared on Wednesday by Young America's Foundation, a Virginia-based conservative youth group.

It shows the girl make an announcement to a group of fellow students at the university’s Multicultural Student Centre (MSC), a space opened just last week where young people from diverse backgrounds are encouraged to get along.

“It’s only been open for four days, and frankly there’s a whole university for a lot of y’all to be at, and there’s very few spaces for us, so keep that in mind,” she concluded to scarce cheers from the audience.

Leftists at the University of Virginia are dictating who is and who isn’t allowed in the new Multicultural Student Center.

“Frankly there is just too many white people in here, and this is a space for people of color.”

This kind of racist intolerance is NOT multicultural. pic.twitter.com/XkefKqfqLA

The video has provoked heavy criticism on social media, with people suggesting that the student had proposed a concept known as segregation – something that hasn’t been around in the US for a while.

Chip Roy, a Republican lawmaker from Texas, wrote: “This is what a ‘multicultural center’ causes. More race-based thinking and segregating.”

Hey, @UVa, this is what a “multicultural center” causes. More race-based thinking and segregating. One of many reasons I have not contributed to UVa in 20 years (which of course means not on the most-favored list). @LarrySabato @presjimryan https://t.co/5Wv4nYrY4h

A number of commenters accused the student of being racist.

Funny how she's become the enemy she feelz she's fighting.

How the actual F is this not racist as hell?
Do these people read any history at all? Do they not understand what we overcame as a nation?
This is disgusting.
I always ask, if the demographics were different would it be acceptable, and we all know the answer here.

Others inquired what would happen had a white person said this about an ethnic minority.

Can you imagine if a white person said this?? 💥 🤯

Now have a white person do this...

What if a caucasian person had said that about P.O.C? Hypocrisy at its worst

The most recent figures from the University of Virginia show that White Americans constitute a majority among both students and staff. There were over 7,200 white students at the university in 2018, seven times the number of African Americans and three times Asian Americans.

There has been no indication as well that the Multicultural Student Centre is set up to accommodate students of any particular ethnicity.

The university would not comment on the viral video but said that the centre is open to “all members of the University community”.

Its student newspaper, the Cavalier Daily, said the girl did not immediately return a request for comment.