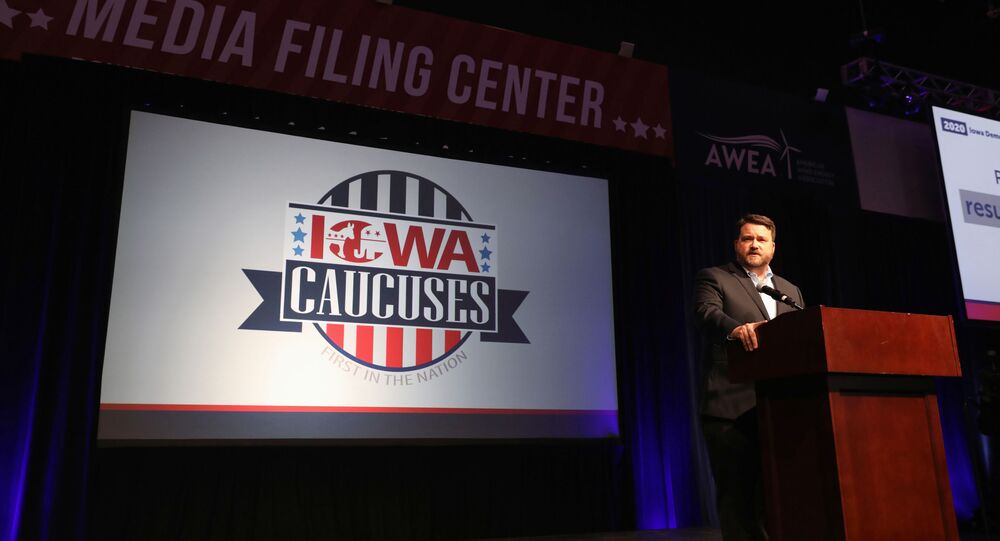 Iowa Democratic Party (IDP) Chairman Troy Price earlier vowed to launch an independent investigation into the failure of a voting system that delayed the final release of the full results after the state's Democratic Caucus.

On Wednesday, Price stepped down from his post as chairman of the Iowa Democratic Party, acknowledging that his presence in the current role would make it "more difficult" to conduct a thorough investigation.

IDP said in a statement that the party's central committee will meet on Saturday to elect an interim chairman.

Leaving the IDP is one of the toughest decisions Chairman Price has had to make -- and he does so looking forward. We are indebted to his leadership and proud of everything we have achieved together.

© REUTERS / MIKE SEGAR
Near Midway Point Sees Bernie Sanders, Pete Buttigieg in Tight New Hampshire Primary
The full results of the Democratic Iowa Caucus were supposed to have been released late on the same day, but a failure of a computer application developed specifically for that purpose led to a three-day delay as a result of data inconsistencies.

Democratic National Convention Chairman Tom Perez has called for a re-canvass of the Iowa Caucus votes to ensure accuracy. The party also reportedly reviewed results from 95 precincts independent of the campaign requests.

Indiana Mayor Pete Buttigieg - who previously declared victory without the official results being released - won by less than one percent over the next candidate, securing 14 delegates in Iowa to the 12 captured by US Senator Bernie Sanders, according to the results published on the Iowa Democratic Party web-site.