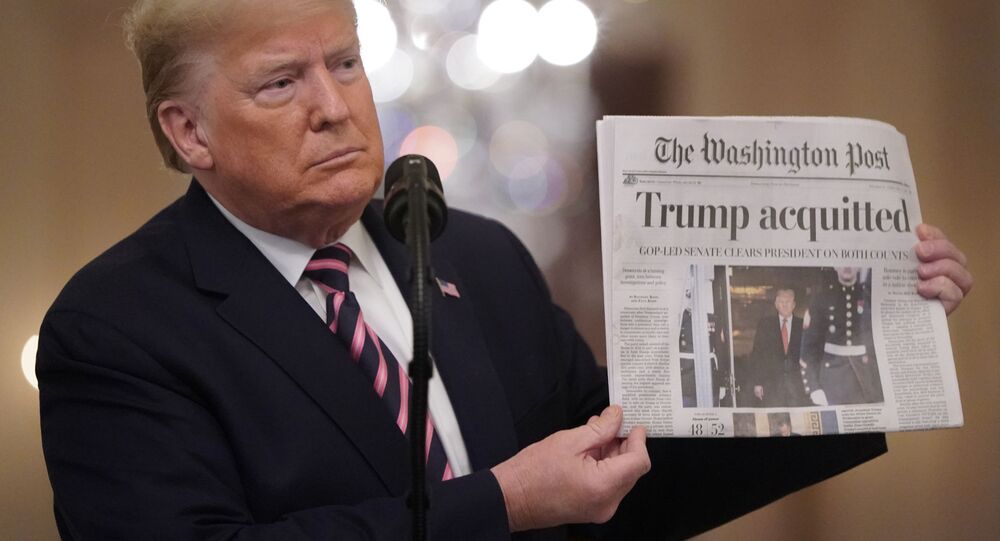 At the end of January, a Republican state lawmaker in the Tennessee House of Representatives, Micah Van Huss, introduced a resolution to recognize CNN and the Washington Post as fake news outlets, claiming that they are “denigrating” US citizens.

Republican state lawmaker Micah Van Huss, representing District 6 of the House in the US state of Tennessee, introduced on Tuesday an amendment to a resolution aimed to designate CNN and the Washington Post as “fake news” outlets and “part of the media wing of the Democratic party”.

“We recognize that fake news outlets suggest ideas without directly making accusations so that they can claim innocence from their ivory towers,” the resolution reads.

The Republican lawmaker accuses CNN and the Washington Post of “denigrating our citizens”, including in particular those who profess their support for US President Donald Trump, referring to them as a cult or acting in a “cult-like” manner. He cited a WaPo article from 3 October 2019, in which an editor suggested that “Trumpism is cult-like”. Van Huss also cited a CNN host who suggested on 24 November that “Trump supporters belong to a cult”.

“We condemn them for denigrating our citizens and implying that they are weak-minded followers instead of people exercising their rights that our veterans paid for with their blood,” the resolution states.

During an interview on podcast Omny.fm, Van Huss complained that the two outlets “mocked Trump supporters for being rude, hayseed hicks”.

Some of Van Huss’s fellow Republican lawmakers in the Tennessee House of Representatives observed that the move is “unnecessary” and a “waste of time”.

“I have to answer to [my district],” state Rep. John Crawford of Kingsport told local station WCYB. “I think the 1st District would rather see me working on things that would bring jobs in that would be more beneficial to making a difference in everyday lives”.