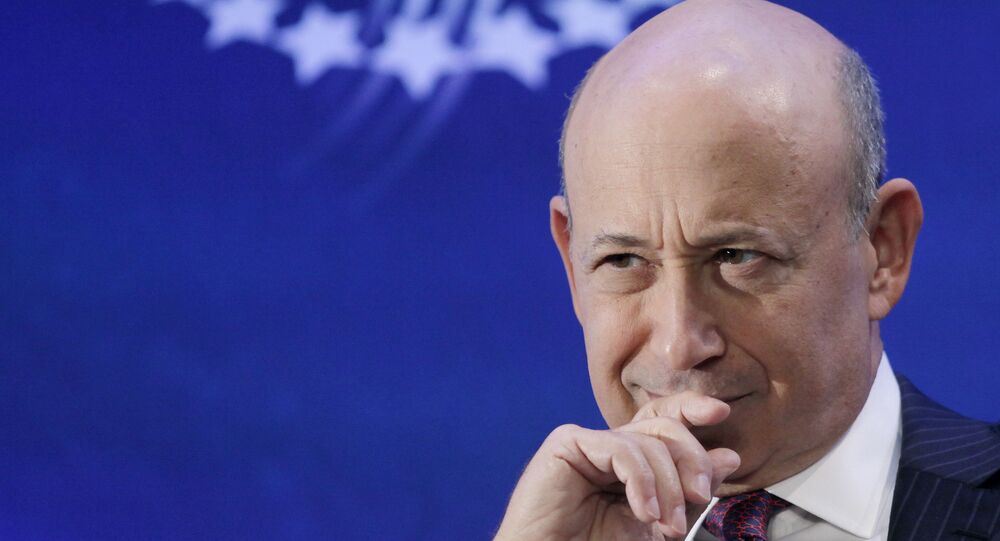 US Senator Bernie Sanders on Tuesday in a tough competition defeated Indiana Mayor Pete Buttigieg in the New Hampshire presidential primary, while former US Vice President Joe Biden failed to win a single delegate from the so-called Granite State.

Sanders, 78, has come out as the Democratic frontrunner after Tuesday's vote, labeling himself a Democratic socialist and vowing to reverse and cancel almost every enactment by US President Donald Trump. A key Sanders campaign promise concerns the reversal of Trump's corporate and wealth tax cuts, while increasing the corporate fiscal burden, from 21 percent to 35 percent.

The emergence of a new leader among the ranks of the Democrats - who will run against Trump in November - has stirred members of the American financial architecture. A former Goldman Sachs chairman and CEO, Lloyd Blankfein, angrily tweeted at Sanders, suggesting that his promises, if implemented, would "ruin the economy" of the United States.

If Dems go on to nominate Sanders, the Russians will have to reconsider who to work for to best screw up the US. Sanders is just as polarizing as Trump AND he’ll ruin our economy and doesn’t care about our military. If I’m Russian, I go with Sanders this time around.

​Blankfein, during his 2006-2018 tenure as CEO of Goldman Sachs, reportedly contributed to Democratic Party candidates and supported Hillary Clinton in the 2016 presidential election.

A Sanders campaign manager later tweeted a response suggesting that Blankfein's angry critique is a sign of the "panic" among "the Wall Street elite" represented by a Sanders White House.

This is what panic from the Wall Street elite looks and sounds like. https://t.co/5Di1iFO424

​Sanders, a veteran American politician and vocal critic of Trump and the GOP, has repeatedly slammed the Trump-touted 2017 White House fiscal maneuver dubbed the Tax Cuts and Jobs Act (TCJA) that promulgated tax cuts that only benefit "billionaires and corporations".

© REUTERS / KEVIN LAMARQUE
Trump Says Democrats Will 'Never Allow' Sanders to Win Nomination
After Trump's acquittal during the impeachment trial in the US Senate, Sanders suggested that Trump could be impeached on more violations than just the controversial phone call with Ukrainian President Volodymyr Zelensky. Sanders accused Trump of illegally reaping $40 million in profit off the Trump hotel in Washington in 2018 alone.

On Tuesday, Trump told reporters that he would personally rather run against Democratic presidential candidate and multi-billionaire Mike Bloomberg in the 2020 presidential race, rather than firebrand opponent Senator Bernie Sanders.