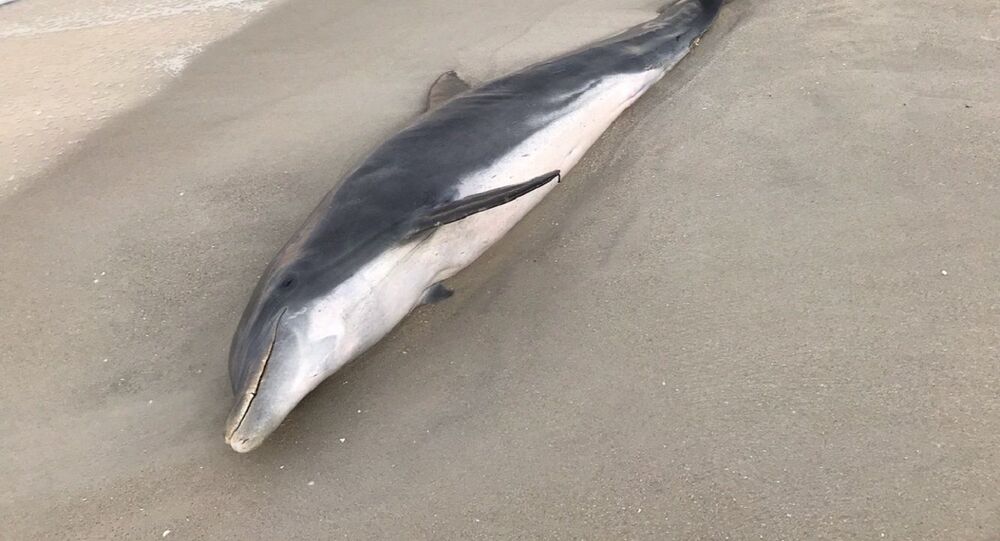 The recent, horrific killings of two dolphins in Florida waters have raised an alarm and prompted an investigation by law enforcement officials, who have since offered a $20,000 reward for information leading to penalties or a criminal arrest.

The reward is being offered by the law enforcement arm of the National Oceanic and Atmospheric Administration (NOAA). Officials posted the offer after being made aware of two cases in which the Florida Fish and Wildlife Conservation Commission discovered the deceased body of a dolphin in the same week.

In a Tuesday-issued release on the slayings, the NOAA indicated that biologists with the wildlife agency found the first carcass off the coast of Naples “late last week,” and that the dolphin was “fatally wounded from what appeared to be a bullet and/or sharp object.” The second dolphin was found “within the same week” by the Emerald Coast Wildlife Refuge with a “bullet in its left side” in waters along the Pensacola Beach.

Courtesy of the Florida Fish and Wildlife Conservation Commission
Florida officials launch investigation and offer up a $20,000 reward for information leading to an arrest after two dolphins are found dead with horrific wounds.

Both deaths come months after a dolphin was found dead off the Sunshine State’s Upper Captiva Island in May 2019. At the time, NOAA biologists reported that a necropsy of the bottlenose dolphin revealed that it had died as a result of being “impaled in the head with a spear-like object while alive.”

At present, officials believe that all three cases were related to humans feeding wild dolphins in the area, an act that over time causes the mammals to associate food with humans. In some cases, such a link can lead to harmful or deadly encounters.

"The dolphin off of Naples and the one from Captiva last year were likely in what we called begging posture," Stacey Horstman, an expert on bottlenose dolphins with the NOAA, told the Fort Myers News-Press.

"I think it’s really hard for a lot of people to see how a simple thing like feeding a dolphin can lead to shocking and egregious behavior like this," she continued. "They don’t think about it when they feed them."

Folks in the area, and especially those who encounter dolphins during outings, are urged against engaging with the aquatic mammals, even when they appear to be begging for food.

Tracy Dunn, assistant director of the NOAA Office of Law Enforcement’s Southeast Division, has called on local residents to reach out to law enforcement should they have information related to the deaths. “These cases can rarely be solved without the public,” she said in a statement.

According to the NOAA release, there have been a total of 29 documented cases of dolphins found stranded in the US Southeast since 2002 that included evidence of the animals being targeted with firearms and fishing spears, among other objects.

Under the Marine Mammal Protection Act, individuals found guilty of feeding, harassing, hunting or killing dolphins can face up to one year in jail or be issued a $100,000 fine. The NOAA noted in its Tuesday release that a Kansas man on vacation in Florida was recently fined $1,250 for feeding a dolphin.