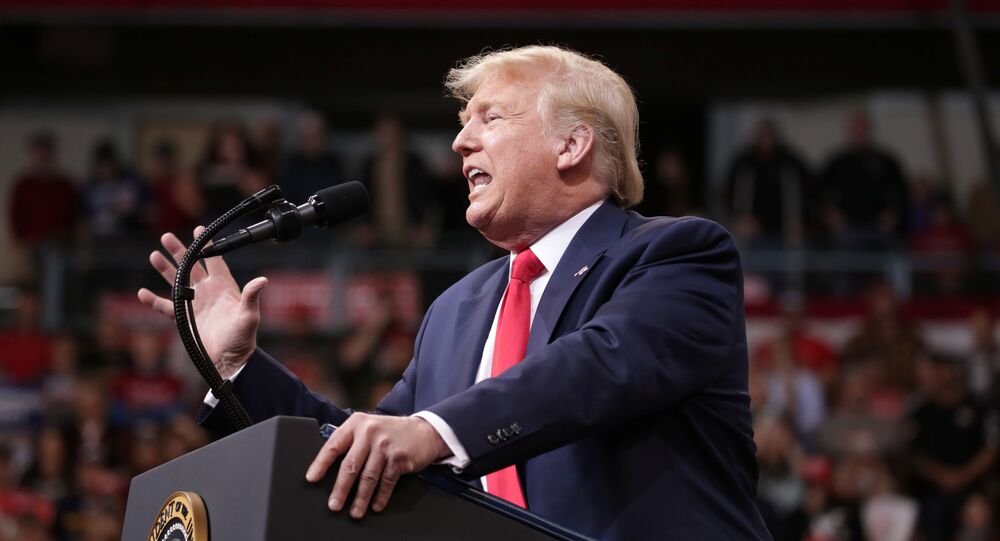 After the first results of the New Hampshire presidential primaries started appearing on Tuesday, US President Donald Trump - who is largely unopposed in the GOP primary - launched a mocking tirade of tweets against the Democratic candidates.

Trump invented an explanation for the end of the Andrew Yang and Michael Bennet presidential campaigns. The incumbent US president and only viable GOP candidate called the intelligence of his Democratic rivals into question.

​Trump tweet-bullied almost every Democratic candidate, attempting to highlight weaknesses that resulted in their New Hampshire losses. The US president lambasted Tom Steyer - a billionaire Democratic candidate who took credit for the "Need to Impeach" campaign against Trump - by claiming that his efforts to remove Trump from office were futile.

Impeachment King Steyer (how did that work out?) spent 200 Million Dollars and got less than 1% of the vote in Iowa, and only 3% of the Vote in New Hampshire. Could it be that something is just plain missing? Not easy to do what I did, is it?

​Trump, in an attempt to publicly humiliate Democratic Senator Elizabeth Warren - who voted to impeach the president in the US Senate - suggested that she might be "having a really bad night", advising her to have "a nice cold beer with her husband".

Elizabeth Warren, sometimes referred to as Pocahontas, is having a really bad night. I think she is sending signals that she wants out. Calling for unity is her way of getting there, going home, and having a “nice cold beer” with her husband!

​A former New York mayor and current multi-billionaire, Michael Bloomberg, who was among the last to join the presidential race, was criticized by Trump despite earlier suggestions by the US president that he would rather run against Bloomberg.

With 55 percent of precincts in New Hampshire reporting, Sanders is leading with 26.5 percent of the vote, followed by Indiana Mayor Pete Buttigieg, with 23.7 percent. Senator Amy Klobuchar is currently at third place. Senator Elizabeth Warren and former Vice President Joe Biden are fourth and fifth respectively.

Will The New Hampshire Primary Be the Next Debacle?