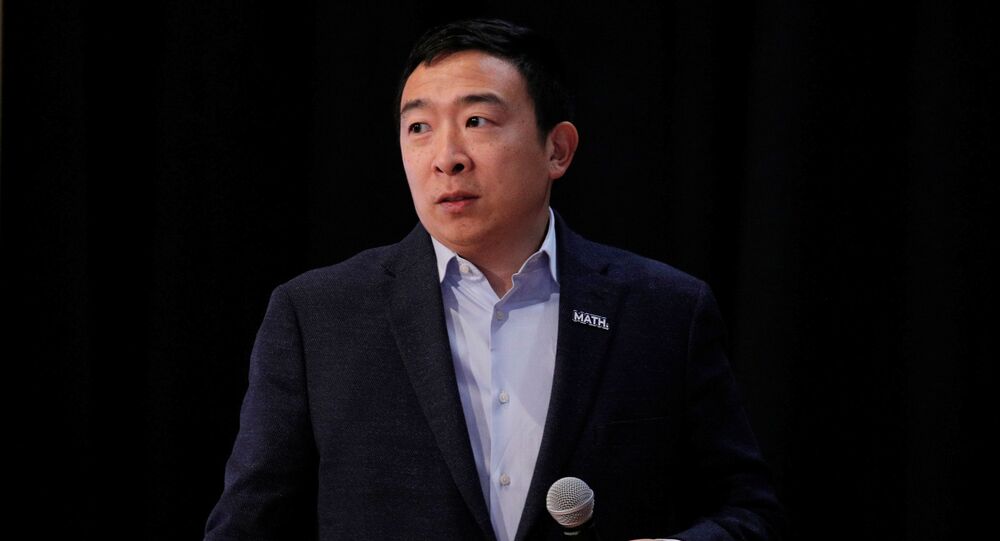 Entrepreneur Andrew Yang has announced the suspension of his bid for the Oval Office on Tuesday in New Hampshire. Yang - who had no political experience before running for president - thanked his supporters, stressing that he was proud of the presidential campaign.

The announcement comes a week after a loss in Iowa in which his campaign garnered just 1 percent of the vote. Yang was reportedly disappointed with his Iowa campaign, and depleting resources prompted him to dismiss paid staffers in a bid to save costs.

Yang has thanked his supporters on Twitter and during Tuesday's news conference in New Hampshire.

I am so proud of this campaign. Thank you to everyone who got us here. 🙏

​The presidential campaign in Iowa reportedly became exhausting for Yang and his staffers. According to CNN, Yang lacked the infrastructure in New Hampshire his campaign had in Iowa.

Yang's campaign promoted a universal basic income and wide-reaching programs to address automation, among other issues. His proposal - a signature of his campaign - suggested giving $1,000 to every person to help them adapt to the effects of computer automation, was seen as a joke at first, but over time was treated seriously by opponents.

Campaign manager Zach Grumman said that Yang began to mull dropping out amid prospects of a poor showing in the two early state primaries.

Despite having no political background, Yang - who launched his campaign in 2017 - reportedly surprised pundits after he qualified for Democratic debates and remained in the race longer than other more prominent veteran politicians.

Moments after Yang made his announcement, another lesser-known Democratic candidate, Michael Bennet, also suspended his presidential bid. There are currently 10 presidential candidates left, including the incumbent US president, Donald Trump.