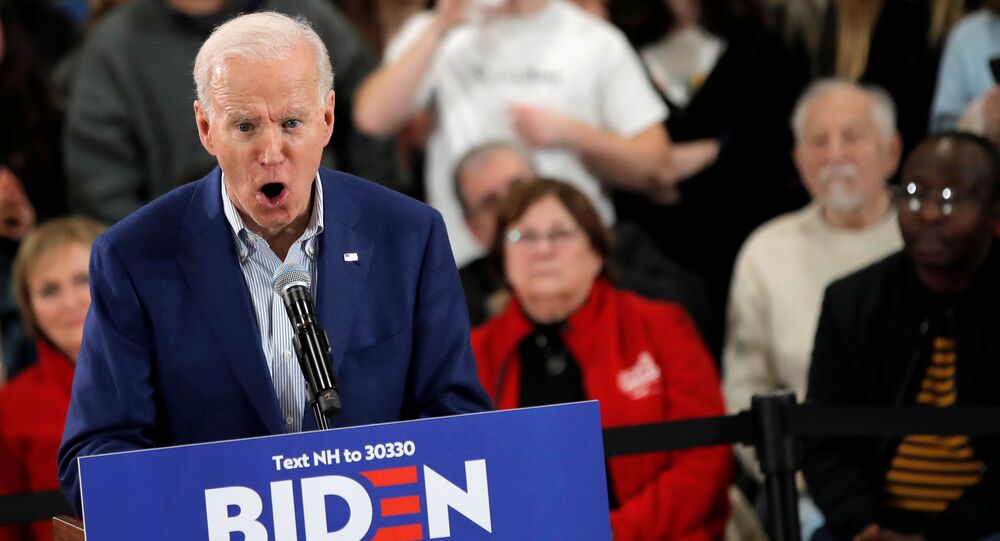 Former US Vice President Joe Biden, 77, appeared Tuesday on MSNBC’s 'Morning Joe' to discuss with show co-hosts the latest developments in the presidential race, as New Hampshire voters went to polling stations to cast ballots in the first primaries.

Democratic presidential hopeful Biden, who has been lagging in polls a week after the successful Iowa Caucus win for Senator Bernie Sanders, told MSNBC that Senator Sanders - who has been leading the field in New Hampshire - is a “decent guy”, who has “labeled himself a democratic socialist”. That label, according to Biden, will not help in certain states.

While arguing the idea that some Dems do not consider Sanders electable as a result of the socialist Democrat label, Biden proposed to "run Mickey Mouse" against Donald Trump.

Joe Biden on #NHPrimary day: "I refuse to suggest any Democrat can lose. I think we could run Mickey Mouse against this president and have a shot." pic.twitter.com/RNEHygYpIr

​“I refuse to suggest any Democrat can lose. I think we could run Mickey Mouse against this president and have a shot”, Biden quipped.

The peculiar proposal did not receive supportive feedback among sympathizers in either party. Netizens instantly took to social media, exercising their mocking skills.

This one comment alone merely exemplifies just how unbelievably out-of-touch Biden is with reality. The poor guy is a fossil...a political dinosaur that has not done nothing of merit for the American people in decades, yet now he wants to...?! Not to mention Biden is dirty.

Ironically Mickey Mouse would be a better choice for the DNC nominee than the rest of the group.

And this is a guy considered to be a political rival?

That is because the original Mickey Mouse is by far more competent then any Democrat.

Biden, along with Senator Elizabeth Warren, has been lagging in polls in New Hampshire, with around 11 percent of the vote for each.

The Republican Party is also holding a primary in New Hampshire although the incumbent president is widely expected to win by a large margin. An Economist/YouGov poll released last week saw Trump with 88 percent of the GOP vote in the race to become the party's nominee.