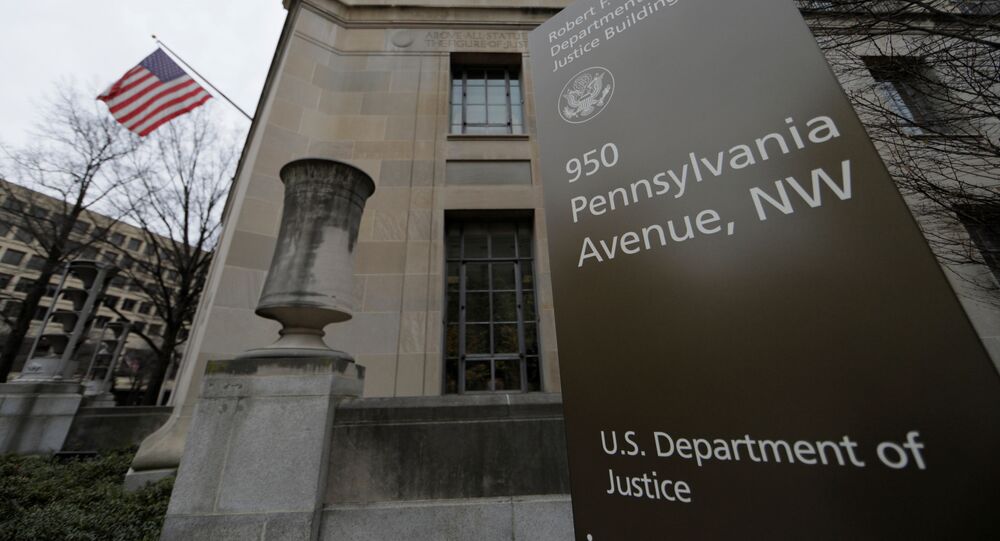 WASHINGTON (Sputnik) - Erik Prince, founder of the military contracting firm Academi LLC (formerly Blackwater) and an ally of US President Donald Trump, faces indictment by the Justice Department in connection to his ties with Russia, as well as possible violations of US export laws, the Wall Street Journal reported on Tuesday.

The WSJ report, based on unnamed sources, characterized the potential criminal probe as being "in the late stages of deciding whether to charge" Prince for lying to Congress during Special Counsel Robert Mueller's investigation into allegations of Trump-Russia collusion.

"The investigation gathered steam in recent months with the cooperation of several witnesses, the people said. Potential charges against Mr. Prince, the founder of the defense contractor formerly known as Blackwater, include making false statements to Congress and violating the International Traffic in Arms Regulations, the people said," the WSJ report reads.

Prince attorney Matthew Schwartz reportedly said the report provides no new information, noting that Prince "cooperated completely" in the Trump-Russia investigation and that his testimony to the House of Representatives panel has been public for over a year.

According to the WSJ, the Russia connection involves a meeting in the Seychelles after Trump’s 2016 election between Prince and  Russian Direct Investment Fund head Kirill Dmitriev.

Prince described the meeting as "a brief, unplanned encounter at a hotel bar", and claimed that he was in the Indian Ocean nation only to meet potential business customers from the United Arab Emirates, the WSJ reported, saying that "Mr. Mueller’s team in its report described the episode unfolding differently".

On 18 April 2019, the final report of Special Counsel Robert Mueller's Trump-Russia investigation said it did not find evidence to determine a conspiracy between the Trump campaign and Russia in the 2016 US presidential election, which was denied by both Moscow and Trump.

Another case the DoJ is reportedly looking into would charge Prince for the illegal activities of his previous firm.

According to the WSJ, Prince’s former company, Academi LLC, entered into a deferred prosecution agreement in 2012 to resolve criminal charges that it violated export laws by not obtaining the appropriate licenses for services that included providing ammunition and body armor to Iraq and Afghanistan, as well as military training to Canada.

In 2015, the law firm King & Spalding purportedly conducted an investigation for security firm Frontier Services Group, in which Erik Prince was Chairman of the Board, according to the Wall Street Journal.

The WSJ claimed that it obtained a final report of the investigation, which reportedly found Prince guilty of trying to broker "the sale of aircraft outfitted with military capabilities" without "the appropriate license".