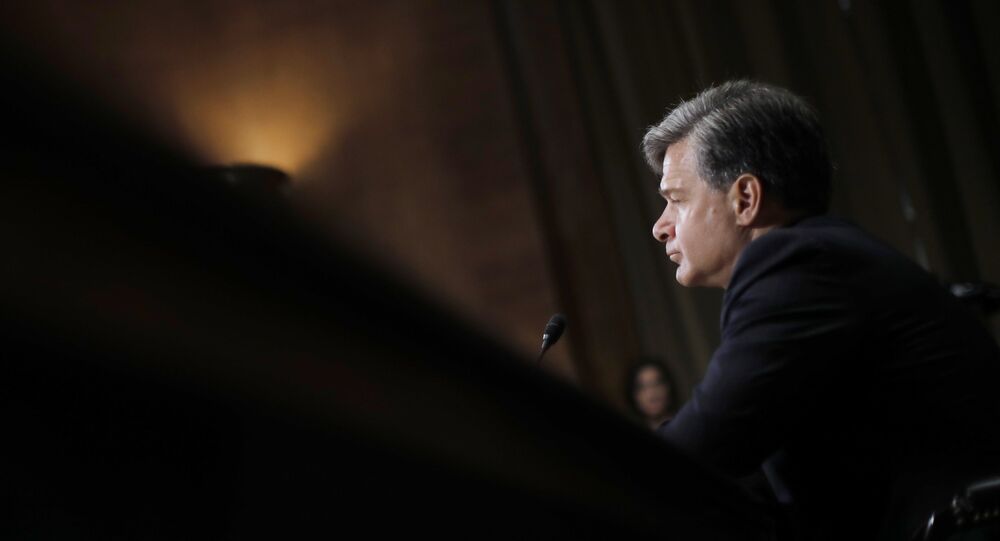 FBI Reportedly on Course to Zero in on 'Abortion Violent Extremism'

The US agency has long set itself a goal to slightly revamp its domestic terrorism focus and add a new priority to their policies - that is purportedly to stand guard for pro-life proponents' security, among other things.

Testifying before the House Judiciary Committee last week, FBI Director Christopher Wray revealed that the bureau has recently "changed our terminology as part of a broader reorganisation of the way in which we categorise our domestic terrorism efforts", reported the Daily Beast.

The revamp is understood to be part of a much-awaited reinvigoration of the agency’s domestic terrorism vector at large, in the wake of a spate of what has been classified as "white-supremacist terrorism acts."

According to Wray, among four broad categories of domestic terrorism that the FBI is dealing with is “abortion violent extremism".

Wray wasn’t only talking about pro-life extremism, but also, as he put it, “people on either side of that issue who commit violence on behalf of different views on that topic".

“Well, we've actually had a variety of kinds of violence under that, believe it or not. But at the end of the day", Wray went on, responding to his questioner Rep. Karen Bass (D-CA)’s interjection that “people on either side of that issue don't commit violence".

Wray then shifted the topic and moved on to lay out the FBI’s next prioritised domestic-terrorism category -  one about “animal rights and environmental extremism".

Earlier, the FBI reportedly handed out a brief “Abortion Extremism Reference Guide” at a counterterrorism training for local law enforcement officials, labelling “pro-choice extremists” as a group of domestic terrorists. The document, first reported by Jezebel, had it that the said group “believe it is their moral duty to protect those who provide or receive abortion services".

The abortion issue is one of the most divisive and burning in American society, with pro-life supporters, in line with the current Trump administration’s policies, regularly taking to the streets to have their say during the March of Life.

The March for Life is an annual rally to raise awareness and safeguard unborn babies from abortion and is held by activists who aim to reverse the US Supreme Court ruling that legalised abortion in the United States in 1973 in the case of Roe v. Wade in a move to guarantee a pregnant woman's liberty.

There have been multiple reports about pro-lifers' at times violent efforts to make others reconsider their decision to abort, but it is not immediately clear if there are any prosecutions of abortion activists for forceful action - "such violence is so vanishingly rare, it’s all but nonexistent," the Daily Beast noted.