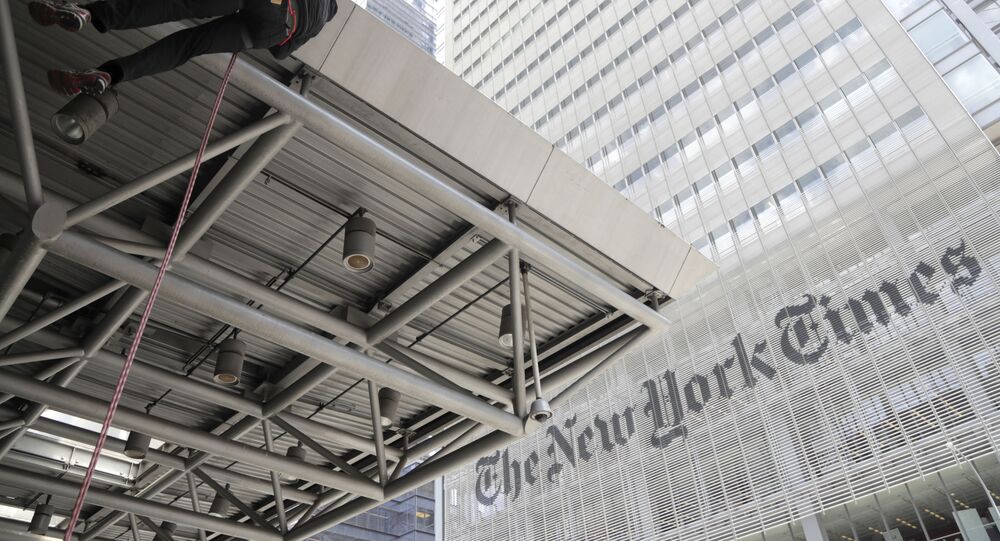 An op-ed published in 2018 in The New York Times titled "I Am Part of the Resistance Inside the Trump Administration" was reportedly authored by a still unknown actor who claimed that White House senior officials “are working diligently from within to frustrate parts of his agenda and his worst inclinations”.

The 2018 op-ed caused controversy at the White House at the time, prompting Trump to accuse the anonymous official of "treason" and urging then-Attorney General Jeff Sessions to identify the author.

A former US attorney appearing on 'The Howie Carr Show', Joe DiGenova, on Monday suggested that the anonymous official has now been identified. DiGenova, a frequent Fox News pundit, cited "a very senior US government foreign policy official", who identified the NYT author by name, although the former lawyer did not go so far as to identify the official's identity.

"I assume that this is the person who told me was correct", DiGenova said, suggesting that he would not share the name of the official because it would be "unfair to the person who had the opportunity to dismiss or remove this person".

"I want to give them the joy of announcing the removal of this traitor", declared the former lawyer.

US-based media reports said that the unnamed official who penned the NYT 'White House resistance' story has remained anonymous despite the best efforts of the Trump administration.

According to the New York Times, it is currently unclear whether the official remains within ranks of the Trump administration, given the high turnover at the White House.

© AP Photo / Patrick Semansky
White House Official Files Libel Suit Against Politico Over Trump Impeachment Allegations - Report
In the 2018 op-ed, the unnamed author described a systematic effort within the Trump administration to "preserve our democratic institutions" by defying many POTUS directives. “There is a quiet resistance within the administration of people choosing to put country first”, the anonymous official wrote.

The official also claimed that cabinet members, shortly after Trump took office, considered invoking the 25th amendment to remove him from office, but felt the process was too complex.

Almost a year after the 2018 op-ed attracted wide public attention, the same official is said to have authored a book titled 'A Warning'. The main idea of the manuscript is that Trump should not be elected to a second term. The author supports their assertion by claiming that they have seen and heard disturbing things within the Trump administration.

According to The New York Times, the identity of the official is known to the editorial page department, but not to the news department or reporters who cover White House stories. In a note introducing the 2018 article, The New York Times said that the Trump administration official had requested anonymity to protect his or her job.