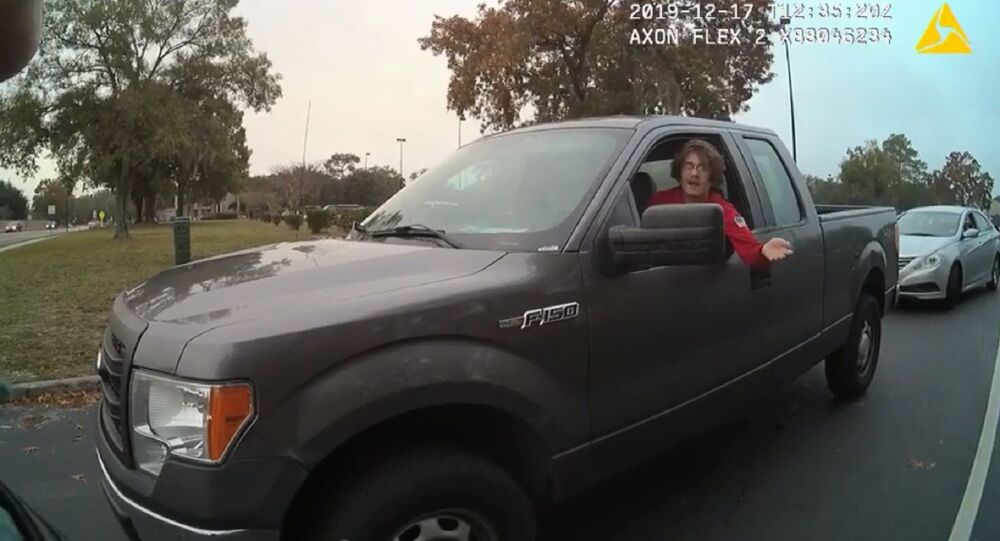 Florida’s Pasco County Sheriff’s Office launched an internal investigation into one of its officers recently after it was revealed that the unidentified official, who also serves as a school resource officer, threatened to shoot a high school student attempting to leave campus.

The incident unfolded on the morning of December 17, 2019, at the student-teacher parking lot of River Ridge High School in New Port Richey, Florida. Disaster struck for student William Miller the moment he attempted to leave campus after dropping off a friend at school who had missed the bus. At the time, Miller was attempting to get off school grounds to get to an orthodontist appointment.

Body camera footage of the encounter was released by the sheriff’s office to Nedra Miller, William’s mother, who subsequently shared the content on Facebook. The recording begins after the initial confrontation between William, the unidentified resource officer and Cindy Bond, the school’s discipline assistant.

William is seen sitting inside his gray Ford F-150, parked behind a golf cart that was stationed at the parking lot’s exit. Already in mid-conversation with the school officials, William can be heard telling the authority figures that he’s being “blocked” as they inform him that he needs parental permission to leave campus. Both Bond and the officer are standing to the left of William’s truck.

Things quickly escalate between the three parties once William tries to reposition his vehicle. “You’re gonna get shot if you come another f**king foot close to me. You run into me, you’ll get f**king shot,” the officer tells William.

“This is my campus, brother,” he continues.

For the remainder of much of the video, both Bond and the officer continue to go back and forth with William, repeatedly telling the student that he is being truant as he had not provided either of the individuals with a valid reason for his departure or called a parent in front of the pair to confirm that he was allowed to leave campus.

“I'll give him the rest of the week,” Bond later says to the officer, referring to giving William a suspension. When the student asked for her reasoning, she responded with: “Profanity, calling me n****r, defying authority and truancy.”

“You’re out for the rest of the week,” she doubles down.

Surprised by Bond’s claim that he used a racial slur during their encounter, William is heard saying, “I didn’t say that … you’re being, like, hella racist by saying that.” William is also never heard using any profane language during the recording.

The video ends with William pulling back into the parking lot and the two officials making their way back to their golf cart.

Although William did eventually comply with the orders given to him, he was later suspended from December 17 to January 9, 2020, and then expelled from River Ridge High School and transferred to the Harry Schwettman Education Center. William has been barred from attending the high school’s prom festivities, sporting events or graduation ceremony.

William’s mother explained to the Tampa Bay Times that she had informed the school weeks in advance that her son would be missing class in order to make the appointment. Now, with the board of Pasco County Schools opting to not investigate the incident, Nedra has filed for a hearing in order to have the district’s decision appealed.

“I just feel like if they were all acting like children and my son received that level of discipline, they should, too," Nedra said. “They should both be removed from their jobs.”

Amanda Hunter, a spokesperson for the sheriff’s office, told the Times that no criminal complaint has been issued against the officer, and as such, he has remained working on school grounds.