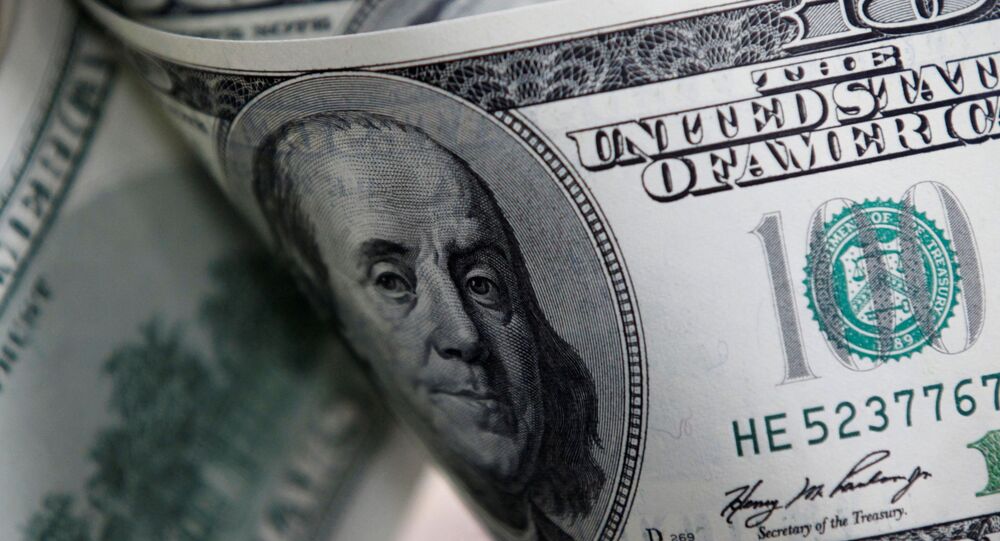 WASHINGTON (Sputnik) - The US administration is requesting more than $700 million to counter Russian influence worldwide in its 2021 budget proposal released on Monday.

"The President’s 2021 Budget… counters Russian Influence by Strengthening US Allies," the document said. "The Budget provides $0.7 billion for assistance to Europe, Eurasia, and Central Asia to advance shared security; safeguard the territorial integrity of US allies; support partner countries’ efforts to transition away from Russian military equipment; and address weaknesses in the macro-economic environment that the government of Russia seeks to exploit, such as dependence on energy and trade."

The Trump administration is requesting $4.8 trillion in its draft budget for the fiscal year 2021, the White House Office of Management and Budget (OMB) said in its budget proposal.

The proposal reveals that of the $4.8 trillion, the Trump administration seeks $740.5 billion for national defence spending.

Some $20.3 billion will be allocated to strengthen the United States’ missile defeat and defence programs.

Another $3.2 billion will be allocated for hypersonic weapons development programs in the next fiscal year, an increase of almost $0.5 billion from 2020.

According to the White House, the budget specifically supports increased flight testing to accelerate the delivery of fully operational hypersonic weapons systems.

$205Mln Requested to Advance Transition of Power in Venezuela

The Trump administration is requesting $205 million in the fiscal year 2021 to facilitate a change of government in Venezuela.

"Supports Partners in the Western Hemisphere: Provides $205 million to advance the transition in Venezuela, including the rebuilding of democratic institutions, and addresses urgent health and agriculture needs," the document said.

Venezuela has experienced a prolonged economic-political crisis, which has intensified since January of 2018 when then opposition-controlled National Assembly head Juan Guaido proclaimed himself an interim president of Venezuela. Actual President Nicolas Maduro has called Guaido a US puppet and accused the United States of seeking to force another government in Venezuela that will enable it to claim the country’s vast natural resources.

The Trump administration is looking to cut funding for the State Department and US Agency for International Development (USAID) by more than 20 percent in fiscal year 2021.

The budget aims to reform and optimize US humanitarian assistance with a new bureau that consolidates multiple organizations into a single office, the proposal said. The funding level would also support the State Department’s workforce, allow for IT improvements while enhancing consular and border security programs.

In past budget proposals, President Donald Trump has called for similar reductions only to be overruled by Congress, which has the final say on spending.

© CC0
‘We Need More Money’: US Navy Claims it Can’t Hit Fleet Size Goals on Current Budget
"The President’s 2021 Budget requests $6.7 billion for EPA, a $2.4 billion or 26 percent decrease from the 2020 enacted level," the document said.

The White House explained that the budget would eliminate almost 50 "wasteful" programs that are outside of EPA’s core mission or duplicative of other efforts. Among them are beach monitoring programs, which, according to the US Administration, can continue to be implemented at the local level.