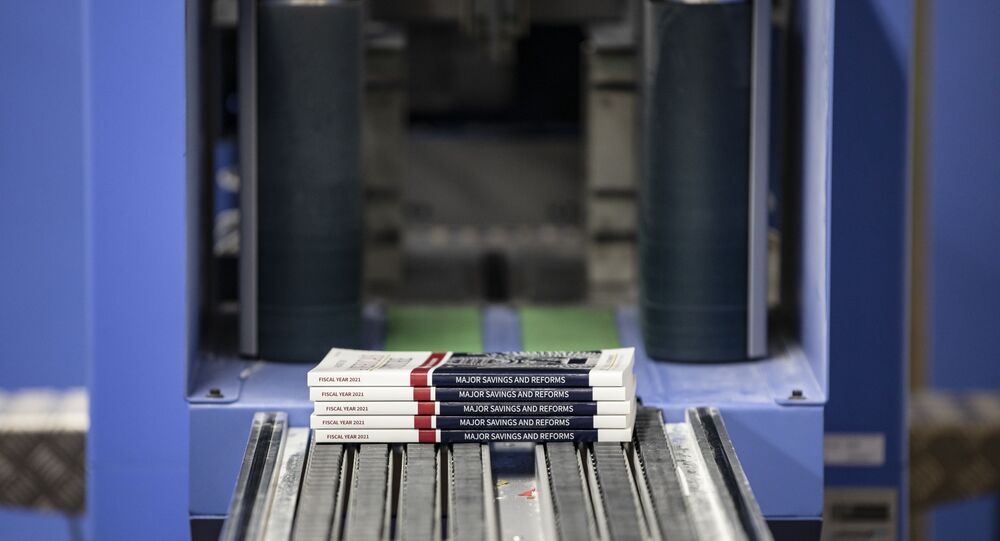 WASHINGTON (Sputnik) - The White House is expected on Monday to put forward a 2021 budget plan that will increase defence spending, the media reported.

The budget's overall size is said to be $4.8 trillion, and will increase US military spending by 0.3 percent, making Washington's overall expenditure a whopping $740.5 billion, according to The Wall Street Journal.

Among the agencies that will see their budgets decreased are the Department of Housing and Urban Development, the Centres for Disease Control and Prevention, and the Environmental Protection Agency. The funding for mandatory spending programmes like Medicare and Medicaid will also lose out in the plan.

The plain is also said to request $2 billion for the construction of a border wall on the Mexican border, one of Trump's key campaign promises in the 2016 presidential campaign.

Trump has been in a battle with Congress since taking office to receive funding to construct the wall, a conflict that culminated in a 35-day government shutdown that began in December 2018.