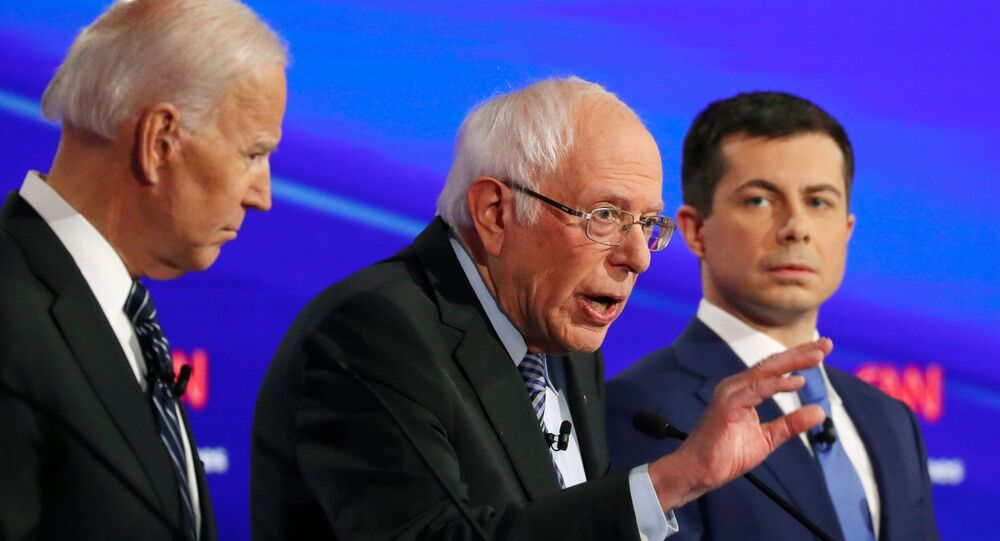 The release follows a debate over inconsistencies and mistakes in the previous count, as the full results were held up for three whole days.

Sen. Elizabeth Warren ended up with 8, Joe Biden with 6 and Sen. Amy Klobuchar with 1, according to the IDP Caucus 2020 Results.

On Friday, the Iowa Democratic Caucus launched an independent investigation into its faulty voting system due to the delay of the results, Iowa Democratic Party Chairman Troy Price said in a statement.

Tom Perez, the Democratic National Committee (DNC) Chairman, earlier had urged the IDP to initiate a review of the Iowa Caucus vote to ensure accuracy.

The caucus results have triggered concerns, as both South Bend, Indiana Mayor Pete Buttigieg and Sen. Bernie Sanders claimed victory in Iowa. Although Sanders received 2,631 more votes than Buttigieg, the mayor won by securing 26.2 percent of the "state delegate equivalents", while Sanders came in second place with 26.1 percent.

The Iowa race faced numerous delays while the state-delegate equivalents were being tabulated, with officials blaming inconsistencies related to a new mobile app used for vote counting.

Supporters of Bernie Sanders raised particular concerns about the credibility of the computer tabulating application owned by Shadow Inc. - a firm that has received funding from Buttigieg. Additionally, some of the data reported by Iowa's counties did not actually match the official count.