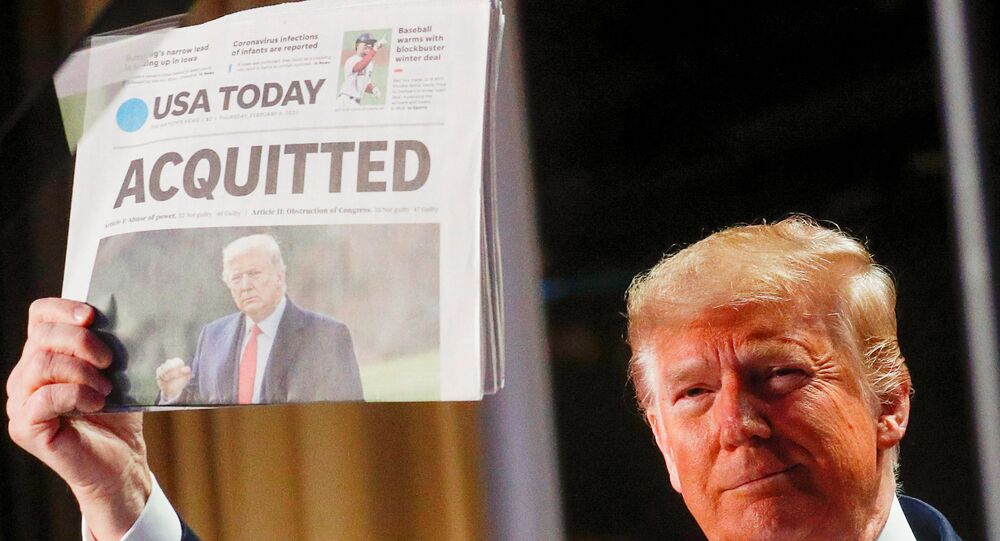 Trump Once Again Lashed Out at Sen. Joe 'Munchkin', Romney for Testifying Against Him

Earlier this week, US President Donald Trump overcame the biggest crisis of his presidency - the impeachment process, with the Senate voting 52 to 46 to acquit the president.

Having emerged relatively unscathed from the impeachment process, US President Donald Trump is striking back against those who voted against him with his weapon of choice for domestic conflict: Twitter.

Besides Romney, the sole Republican senator to break ranks with the party and vote to convict President Trump, the US president has lashed out at Sen. Joe Manchin from West Virginia, giving him the nickname 'Munchkin' and calling his ability to read in question.

© Photo : Screenshot
Trump lashes out at senators Joe 'Munchkin' and Mitt Romney
Earlier this week, Romney voted to convict President Trump of committing impeachable acts in his dealings with Ukraine in the impeachment trial.

According to the 2012 Republican presidential nominee, he turned to his Mormon faith for guidance to make the difficult decision, declaring that he would vote against the president.

© AP Photo / Evan Vucci
‘They Did Everything to Destroy Us’: Trump Thrashes Pelosi, Romney After Impeachment Acquittal
Joe Manchin, whom Trump expected to vote alongside Republicans to acquit him, called for censuring Trump for the behaviour he'd exhibited which was described in the two articles of impeachment passed by the House, as opposed to voting to remove Trump from office.

Besides the moves of the two, Donald Trump was ultimately found not guilty on both articles of impeachment: abuse of power and obstruction of Congress, with 52-48 and 53-47 votes correspondingly.

The trial ended the months-long impeachment process that started in September 2019, when the formal impeachment investigation was launched due to the Trump-Ukraine scandal.