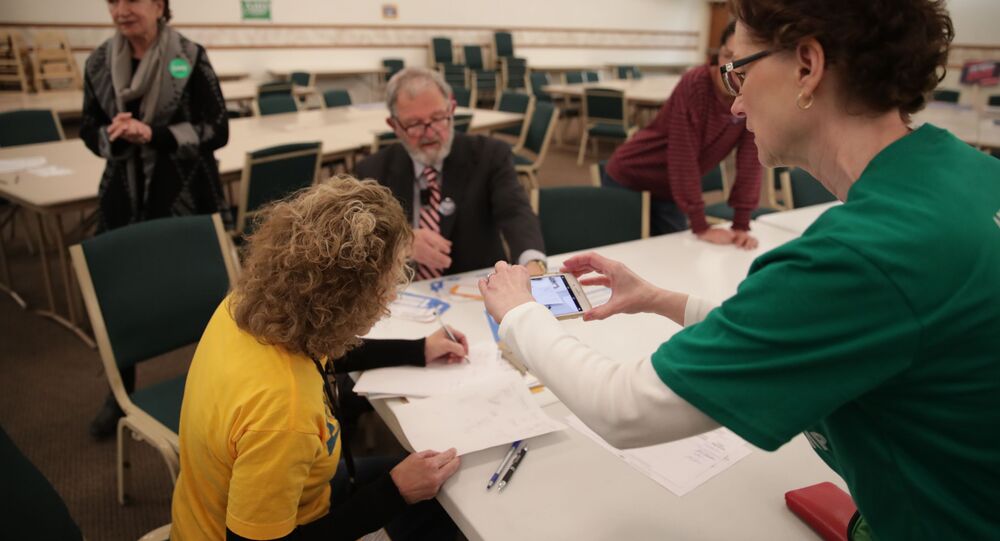 WASHINGTON (Sputnik) - The Iowa Democratic Caucus will launch an independent investigation into its faulty voting system that delayed the release of full results by three days, Iowa Democratic Party Chairman Troy Price said in a statement.

The full results of the Democratic Iowa Caucus were supposed to be released late Monday night, but the failure of a computer application developed specifically for that purpose led to the three-day delay as a result of data inconsistencies.

With reports from 100% of the precincts in, we are taking steps to ensure the accuracy of the results.

An independent investigation of what happened is necessary once we finalize the results.@iowademocrats are committed to earning your trust and electing Democrats in Nov. pic.twitter.com/7WujXApL01

The Iowa Democratic Party has given the presidential campaigns until noon on Saturday to submit evidence of inconsistencies in the vote. Campaigns also have until noon on Monday to file a request for a review or recount of the vote.

South Bend, Indiana Mayor Pete Buttigieg, and Senator Bernie Sanders have both claimed victory in Iowa. Although Sanders received 2,631 more votes than Buttigieg, the mayor won by securing 26.2 percent of the "state delegate equivalents" while Sanders came in second place with 26.1 percent.

Sanders supporters have raised concerns that the DNC seeks to undermine the chances of their candidate in a repeat of questionable practices during the 2016 election.

They pointed out that the computer tabulating application - produced by the firm Shadow Inc. to which Buttigieg contributed money - had malfunctioned and data reported by some counties themselves does not match the official count.