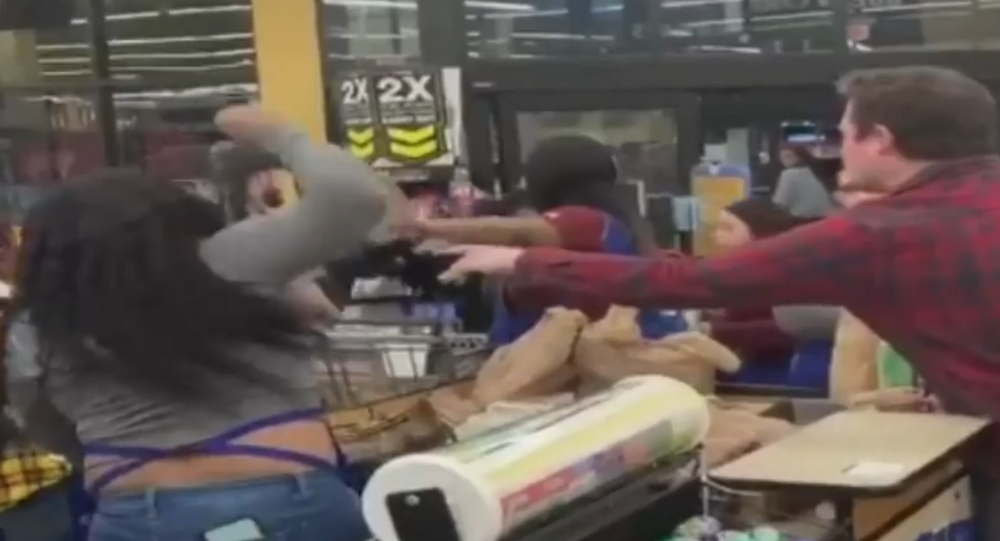 A supermarket squabble between a teen and a cashier in Nashville, Tennessee, on Monday night left customers speechless and a few shoppers without their groceries.

Patrons of a Nashville Kroger found themselves caught in the line of fire earlier this week after a 13-year-old girl lobbed a bottle of lemonade at an employee she believed was insulting her.

“It escalated really quickly,” said Amanda Cook, a shopper who was at the store with her three-year-old daughter, as reported by local outlet WSMV. “The customer threw the juice first, and then the cashier reached down and got the groceries that the man had already bought and was throwing them back [at] the customer.”

While some outlets reported that the girl who initiated the food fight was 15 years old, the Metropolitan Nashville Police Department revealed to local outlet Fox 17 that she was actually aged 13 and was ultimately charged with simple assault.

According to authorities, a group of women returned to the Kroger with the teen after the altercation, and there was a verbal argument.

"This was an unfortunate incident," a Kroger spokesperson told Fox 17. "We are working closely with the Metro Police Department and providing them with any information they need."

“It was kind of funny because no one got hurt or anything, but my child is, like, traumatized,” Cook said with a chuckle, according to WSMV. “Thank God they didn't have a gun or knife or something.”

Luckily, no one was seriously injured in the incident, netizens offered up their own opinions of the scene, a recording of which was uploaded to Facebook by local outlet WAND-TV.

“Never I repeat never throw your Simply raspberry lemonade...that stuff is too good to be used as a flying projectile,” Facebook user Ashely Hall said in the comments section of the video, referring to the juice launched in the beginning of the fight.

“Folks are way too sensitive & too easily offended. Somebody talked about her at Kroger? What happened to simply ignoring rude folks?” May Garman said, offering some advice to the teen via Facebook.