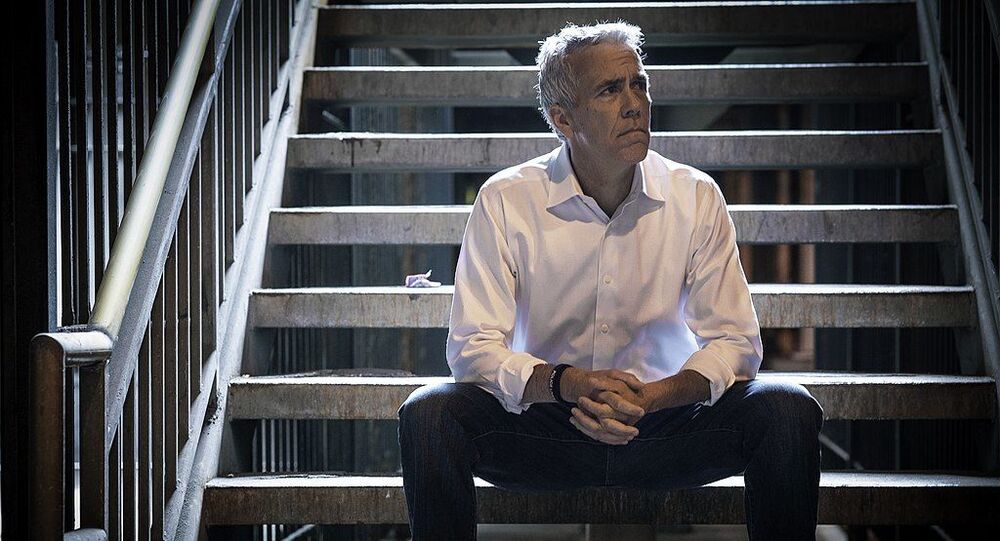 Joe Walsh Ends Republican Primary Challenge Against Trump: 'No One Can Defeat Him'

The decision comes after Joe Walsh obtained merely one percent of the vote in the 2020 Iowa Republican caucuses on 3 February.

Ex-US Rep. Joe Walsh has announced the end of his challenge against Donald Trump for the 2020 Republican presidential nomination.

"I am ending my candidacy for president of the United States. I got into this because I thought it was really important that there was a Republican out there every day calling out this president for how unfit he is”, Walsh told CNN on Friday.

He described the Republican Party as “a cult” rather than a party, claiming that Trump “can't be beat in the Republican primary so there's no reason for me, or any candidate, really to be in there”.

Iowans BOOED him off the floor.

What an epic and embarrassing backfire! pic.twitter.com/0i3OPjkiZ4

The remarks came after Walsh lost the 2020 Iowa Republican caucuses on 3 February, which were overwhelmingly won by Trump. The caucuses came amid the impeachment proceedings against POTUS who was finally acquitted by the Senate earlier this week.

I’m suspending my campaign, but our fight against the Cult of Trump is just getting started. I’m committed to doing everything I can to defeat Trump and his enablers this November. I can’t do it alone. Join me at https://t.co/d40HA9h2Kz.

Walsh’s announcement of his candidacy was followed by his expressing regret over what he admitted were false claims against former US President Barack Obama.

Additionally, Walsh, who cast ballots in favour of Trump during the 2016 election, apologised for what he described as his role in helping elect an "unfit con man" a US president.

Walsh's decision to wrap up his challenge against Trump comes as the clock is ticking down towards the 2020 US presidential election, which is slated to be held on 3 November.

Who Rigged the Iowa Caucuses?