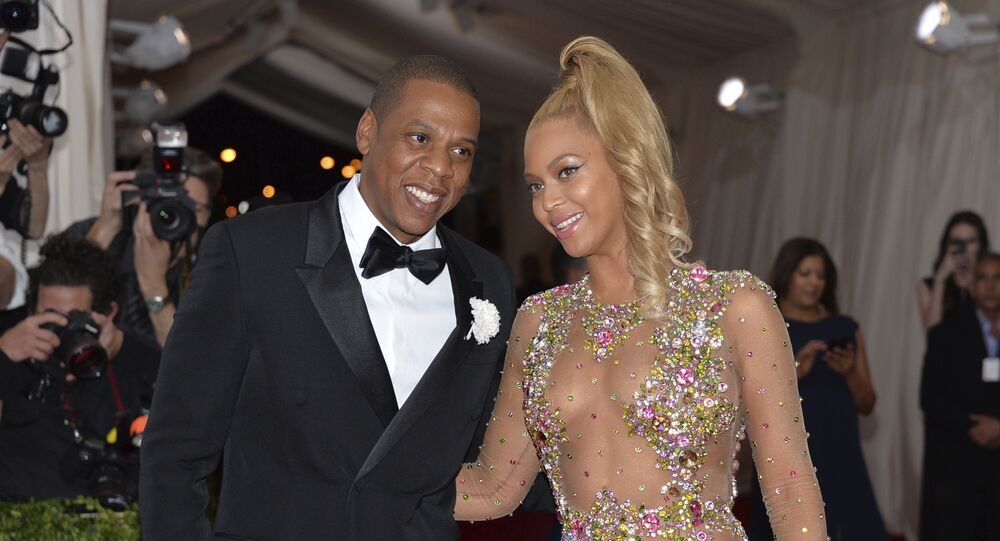 Jay-Z Admits He And Beyoncé Sitting During Super Bowl Wasn’t Protest, They Were Working

Addressing the video that went viral showing the rapper and his wife sitting during the performance of the national anthem, Jay-Z said that it wasn’t some kind of protest, but rather them concentrating on their work.

Sitting at Columbia University Tuesday, Jay-Z was asked whether he remained seated to "convey a signal," and Jay quickly replied, "It actually wasn't. Sorry."

The rapper said that Beyoncé told him she was thinking what Demi Lovato, who was on stage just before the anthem, thought because his wife “performed at the Super Bowl before, and I haven't.” He said they were focused on Demi’s performance from a business standpoint, adding: “We immediately jumped into artist mode.”

"I'm really just looking at the show. The mics start. Was it too low to start?" he said, adding that at some point he was concerned about the audio and all aspects of the show for a very good reason. Jay-Z’s Roc Nation had earlier struck a deal with the NFL last year to produce the entertainment at the Super Bowl, including Demi Lovato, Adams singing "America the Beautiful" and the Halftime Show with Shakira and Jennifer Lopez.

The rapper added that there was no need for a "silent protest," as they were "making the biggest loudest protest of all" by selecting such a diverse group of artists to perform at the game. He also noted that their daughter Blue Ivy was also sitting and just “couldn’t possibly play it cool” if it was a protest. Fans had previously speculated that the couple was showing support for 49ers quarterback Colin Kaepernick’s move when he decided to kneel during the national anthem to protest against police brutality against African-Americans and other minorities.