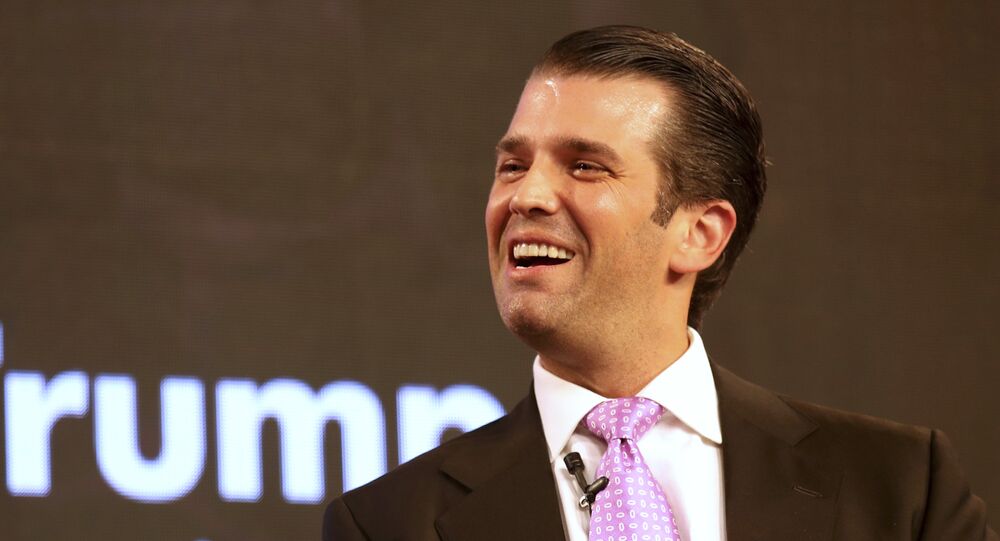 The Iowa caucuses began on Monday night, officially launching the US Democratic primaries. However, the results of the contest have been delayed, reportedly due to technical issues and difficulties using an app tallying participation.

The delay in the Iowa caucus results has caused a strong backlash among American voters and spurred a number of jokes, with Trump’s campaign team dubbing the delay “the sloppiest train wreck in history”.

The US president’s eldest son, Donald Trump Jr, has also contributed to the public stir by suggesting that after the delay, it might be his father’s 2016 presidential rival who is reported as the winner of the Iowa caucus.

Tomorrow’s plot twist “Hillary Clinton is reported the winner of the Iowa caucus.”

Trump Jr’s joke provoked a wave of comments and a meme storm, as some netizens showed their frustration with the Democratic Party and suggested that it was actually his father, Donald Trump, who was the real winner of the caucuses.

The Dems run their caucus like they run everything else. NO RESULTS!

My guess: sanders won followed by butt. Joe didn’t show. Dem party going crazy. Blaming the app. Nothing is what they tell you it is. Ever!

The DNC has managed to destroy any integrity of the result.

Today’s only winner is @realDonaldTrump .

The caucuses, which began at around 8:00 p.m. EST on Monday (1:00 a.m. GMT), saw seven Democrats contending for their party’s presidential nomination.

© AP Photo / Gene J. Puskar
Live Updates: Caucus Results Won't Be Revealed Until Tuesday - Iowa Democrats
However, the results of the caucuses are reportedly expected to arrive only on Tuesday due to technical issues and high turnout causing trouble with the usage of an app tallying voter participation, some reports say. In turn, the Iowa Democratic Party blamed the delay of the results on “inconsistencies”.

In comparison, in 2016 the Democratic Party’s caucus results were announced within hours following the gatherings.