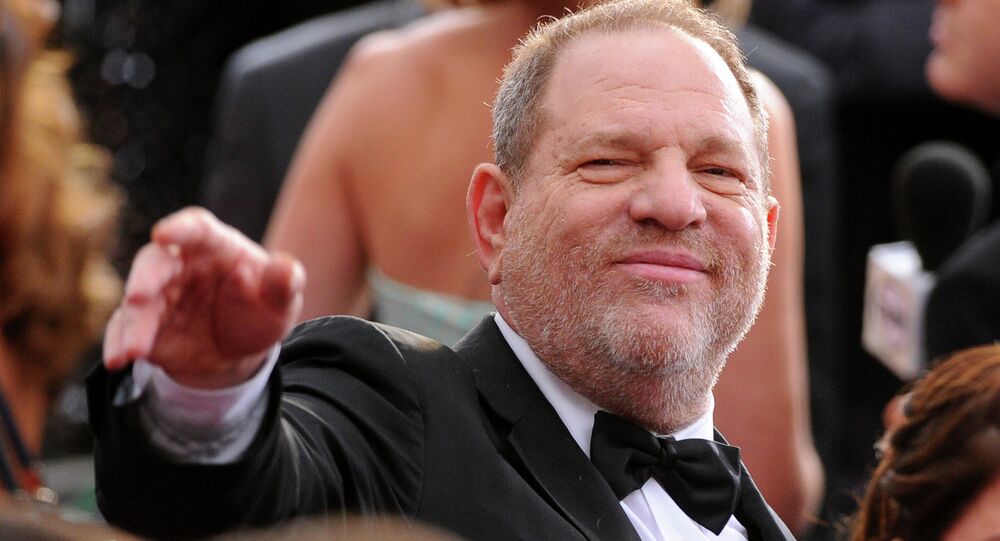 Last week, American actress Jessica Mann, who earlier accused disgraced Hollywood producer Harvey Weinstein of raping her on two occasions, could not stop herself from stop crying during her first court testimony as she shockingly claimed that her alleged offender did not have testicles and that his genitalia looked like a “vagina” to her.

“My secret and my fear is knowing that a part of the dynamic I had with Harvey [Weinstein] would mean you’d never talk to me again”, Mann wrote in her email as she explained to Gathegi why she had not opened up about her relationship with the Hollywood mogul.

“I was close enough to him to tell you that he no longer has a working penis. On the lower half of his body he had some type of surgery or burn and he’s lucky to even have his parts”, the actress read out loud while bursting into tears. Her testimony was cut short after that.

In the email, the 34-actress also referred to her childhood as one of the reasons why she was involved with Weinstein and even continued seeing him after he allegedly raped her.

“Harvey validated me. He always offered to help me in ways that my parents didn’t. I felt approval to pursue the industry because he was encouraging”, Mann read, while trying to control her sobs. “Harvey was my father’s age and he gave me all the validation that I needed”.

“I played into sexual dynamics simply to feel I would never be taken advantage of again”, she wrote in 2014.

During her first court appearance on Friday, the actress revealed some shocking details about her encounters with Weinstein, arguing that the first time she saw her offender naked, she thought that he was intersex.

“He does not have testicles and it appears like he has a vagina”, the actress said last week. Weinstein reportedly lowered his head while Mann was delivering her testimony.

She is expected to return to court on Tuesday.

The actress accuses Weinstein of raping her twice, once at the Doubletree Hotel in Midtown in 2013, and another time in the Peninsula Hotel in Los Angeles later in the year, while also alleging that he assaulted her on multiple other occasions. The former Hollywood producer is facing five charges overall, three of which are based on Mann’s allegations, but has repeatedly denied all accusations of non-consensual sex.