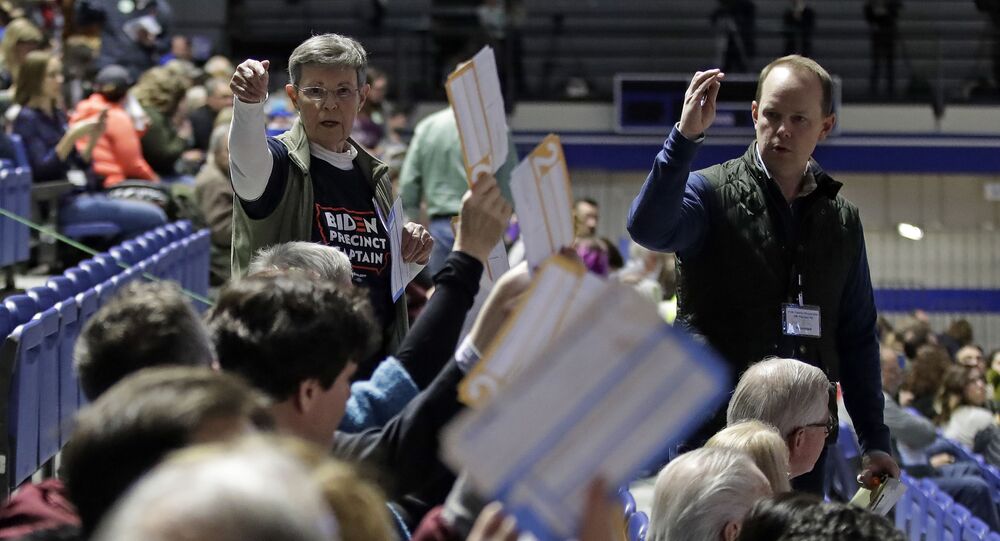 WASHINGTON (Sputnik) - Election results may be delayed in the Iowa caucuses due to technical issues and high voter turnout, media reported.

The Iowa caucuses began at around 8:00 p.m. EST (1:00 a.m. GMT on Tuesday) which officially kicked-off the US presidential nomination process.

Iowa precinct chairs are struggling to use applications that tally voter participation, the New York Times said on Monday. The issue could delay the release of election results by hours, the report said.

In Polk County, the state's most populous, Democratic Party chairman Sean Bagniewski said that only 20 percent of his 177 chairs could access the app, the report said.

Bagniewski posted numbers via twitter that indicated turnout could be twice as high as 2016. He said a site in Des Moines, Iowa had registered 1,080 participants compared to 440 four years ago.

Bagniewski said, as reported by POLITICO, that 20,000 new registration cards were printed in Polk county.

One New York Times reporter said that the lack of results from Iowa is not normal, noting that in 2016 almost 80 percent of the total vote was counted by around 10:00 p.m. EST.