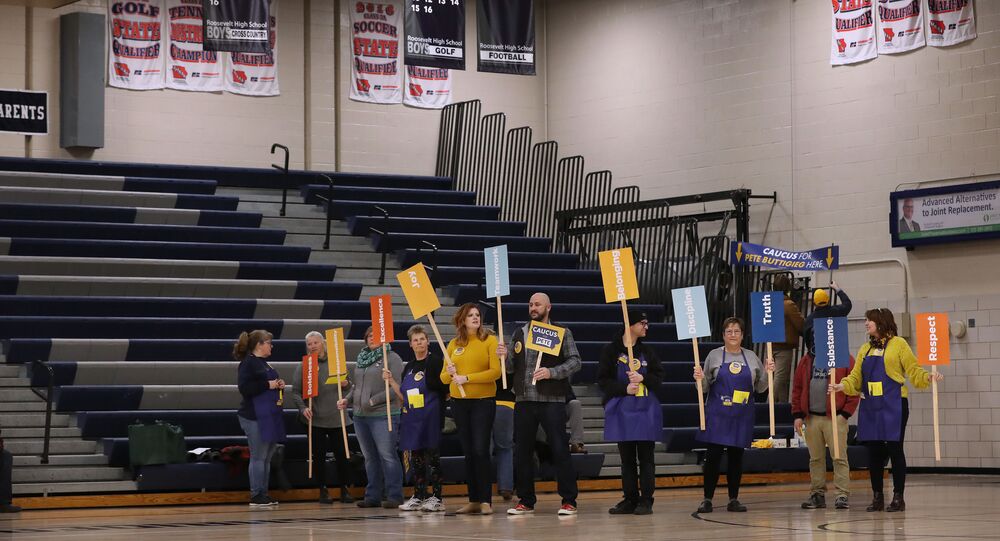 WASHINGTON (Sputnik) - The first contests in the 2020 US presidential election have officially begun as Iowans gather at caucuses across the state to vote for their favorite candidate.

Polls show that the contest might be close among Democratic presidential candidates Joe Biden, Senator Bernie Sanders, Senator Elizabeth Warren, and former mayor Pete Buttigieg. According to realclearpolitics.com, an average of the ten most recent polls, Sanders has a 3 percent edge over Biden in Iowa.

There are 12 democratic presidential candidates and three republicans.

For Democrats, the Iowa Caucus usually indicates how each candidate will do overall in the race. Seven of the last 10 winners in Iowa eventually won the Democratic Party’s nomination. However, on the Republican side, only three of the previous eight winners of the caucuses became the party nominee.